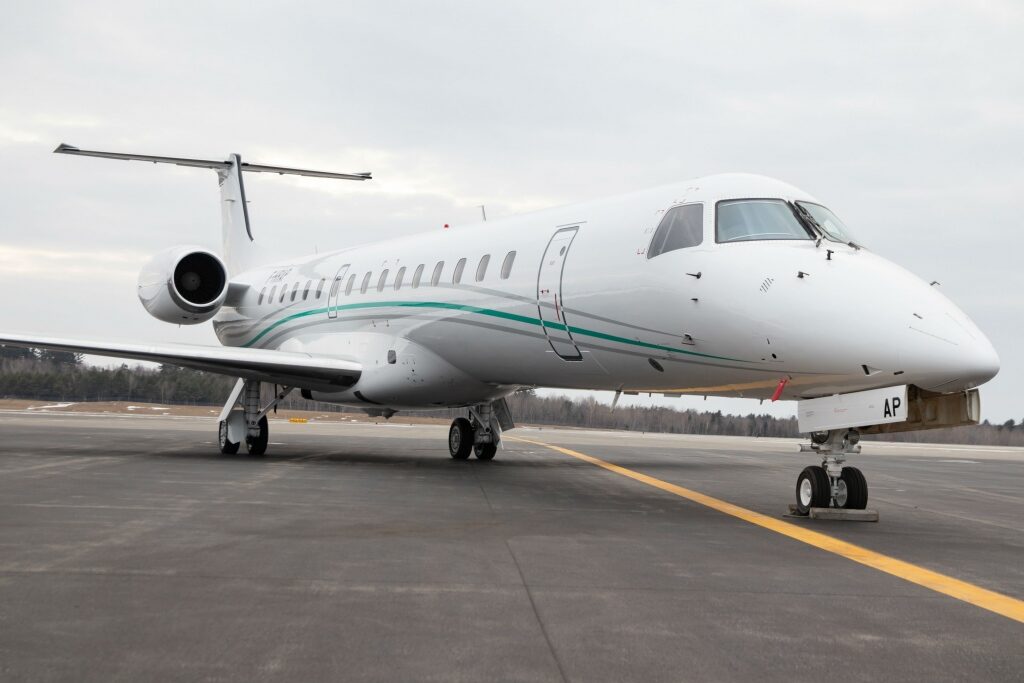 C&L Aviation Services has received both UK and EASA STC certification for its upgrade of the Universal UNS-1K (SCN600 or SCN800) Series Flight Management System (FMS) to the UNS-1LW (SCN1000-Series) WAAS enabled unit for the Embraer 135/145 aircraft.

“We’re pleased to follow up our FAA STC certification earlier this year with EASA and UK approval. Having a viable option for European operators to upgrade their FMS systems is critical as these systems continue to evolve,” said Charlie Carroll, Avionics Sales Manager for C&L Aviation Services. “Having our own in-house engineering group allows us to dedicate resources to STC projects like this one that meets customer’s needs.”

Currently the company is developing several ERJ upgrades, which includes a new 1st-class seat design. This adds to C&L’s expertise of modifying and upgrading the interiors and systems on ERJs for several years, specializing in converting these aircraft into business-class and luxury jets.

C&L also provides on-site engineering, avionics support, aircraft exterior painting, and heavy maintenance services. The company also carries one of the world’s largest inventories of ERJ parts in their warehouse, which helps to reduce maintenance times associated with these types of projects. 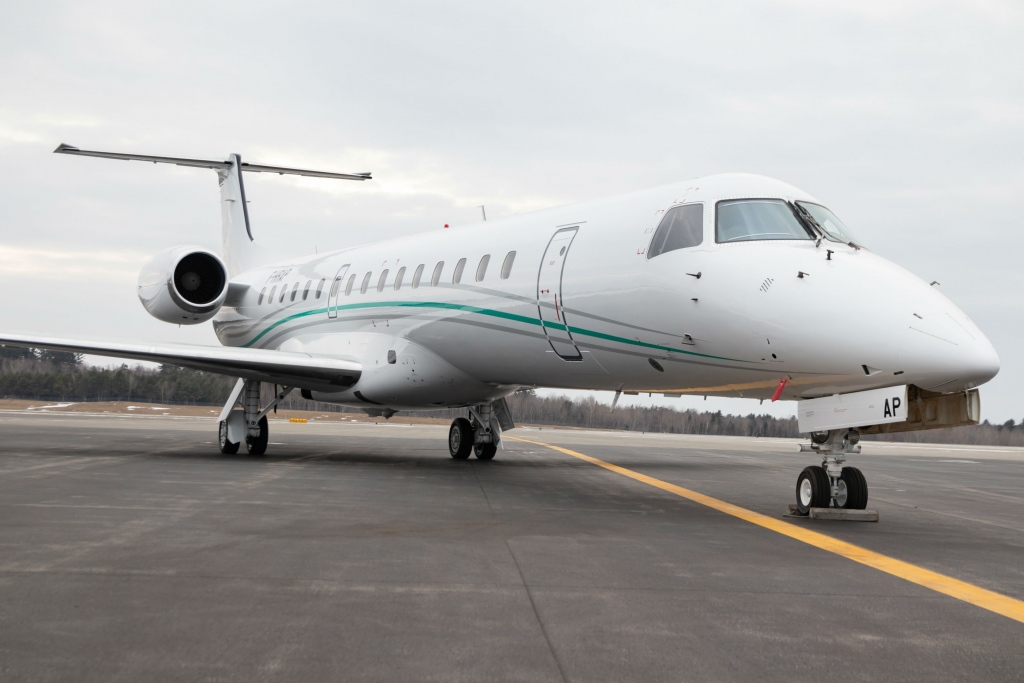 23 aircraft were added to its portfolio during the quarter, with eight aircraft sold and four aircraft delivered on lease to customers in Europe. The ATR product led the way, with three ATR 72s being delivered to Loganair and Emerald Airlines. An Embraer E195 was also delivered to SAS Link.

“We are delighted to be able to announce transactions relating to 36 aircraft in our portfolio during the quarter and we see recurring demand for all regional aircraft types. This quarter saw a substantial transaction volume involving ATR products where Falko now manages 75 ATR42/72 aircraft making us one of the leaders in this space.

We continue to see confidence from customers worldwide and across all product types which makes us positive about demand in the second half of 2022.” 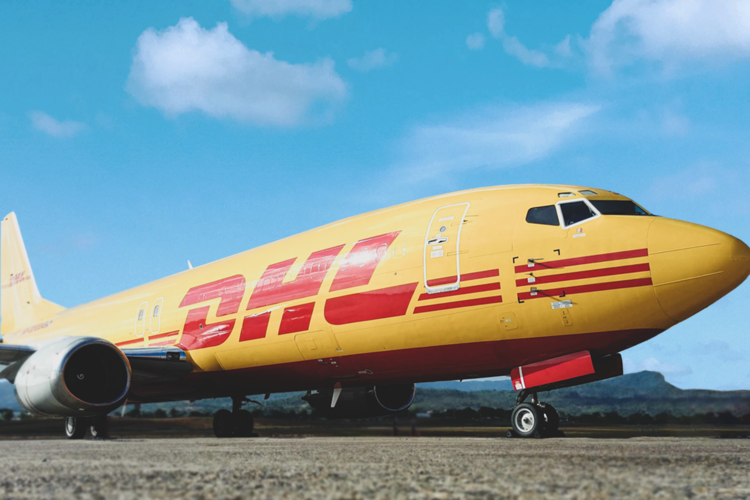 By Lucy PowellFeatured, Training and Simulation

CPaT Global has been awarded a new contract with Mesa Airlines to provide distance learning solutions to the regional carrier, who is based out of Phoenix, Arizona.

“CPaT is extremely excited about this relationship with Mesa Airlines,” said Capt. Greg Darrow, Vice President of Sales. “With over 1,000 pilots, Mesa is one of the largest U.S. regional carriers, and we are proud to provide them with distance learning solutions including CPaT Invent. This allows them to create rich content and modify our courseware specific to their SOPs.” 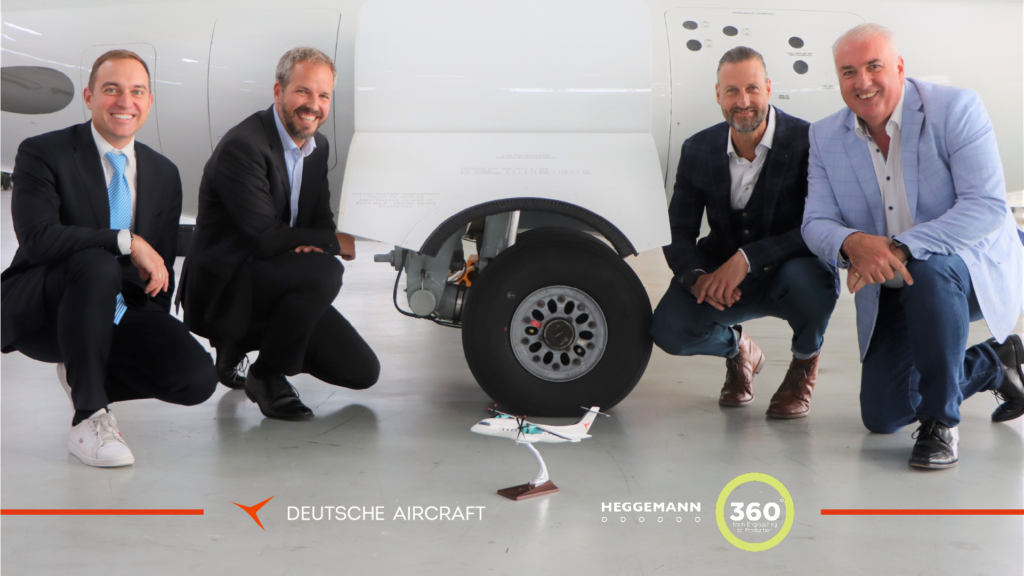 Deutsche Aircraft and HEGGEMANN AG have announced the production readiness stage of the new landing gear, which will be compatible with the whole Dornier 328 aircraft family.

The landing gear is retrofittable to both the turboprop and jet of the existing in-service fleet, as well as the new D328eco aircraft.

The aircraft manufacturer has already secured 17 fixed orders plus 9 options for this new landing gear since opening the order book in February 2022, with first deliveries expected in the second half of 2024. HEGGEMANN will work on the industrialization of the supply chain set-up, to provide planning and delivery targets as well as visibility throughout the sub-tiers of this important work package. This partnership with HEGGEMANN perfectly supports current operators and new customers to address such an integral part of the aircraft.

Christian Howe, CEO of HEGGEMANN says: “We are delighted to be part of this hugely exciting programme, developed at an opportune time: not only the demand for regional travel is growing, but at the same time there is a need to supply older regional aircraft with new spare parts in order to guarantee a continuity in operation. We look forward to continue working with Deutsche Aircraft to further develop collaborative opportunities within the local supply chain and support the growing demand for the regional aviation industry.”

Nico Neumann, COO of Deutsche Aircraft comments: “The certification of the new D328eco landing gear, available via Service Bulletin, retrofittable to the entire current in-service fleet of D328® turboprop and jet fleet once more underpins Deutsche Aircraft’s ongoing effort to support the global fleet. We are glad to have such a strong and committed partner like HEGGEMANN by our side to be able to achieve our ambitious targets.” 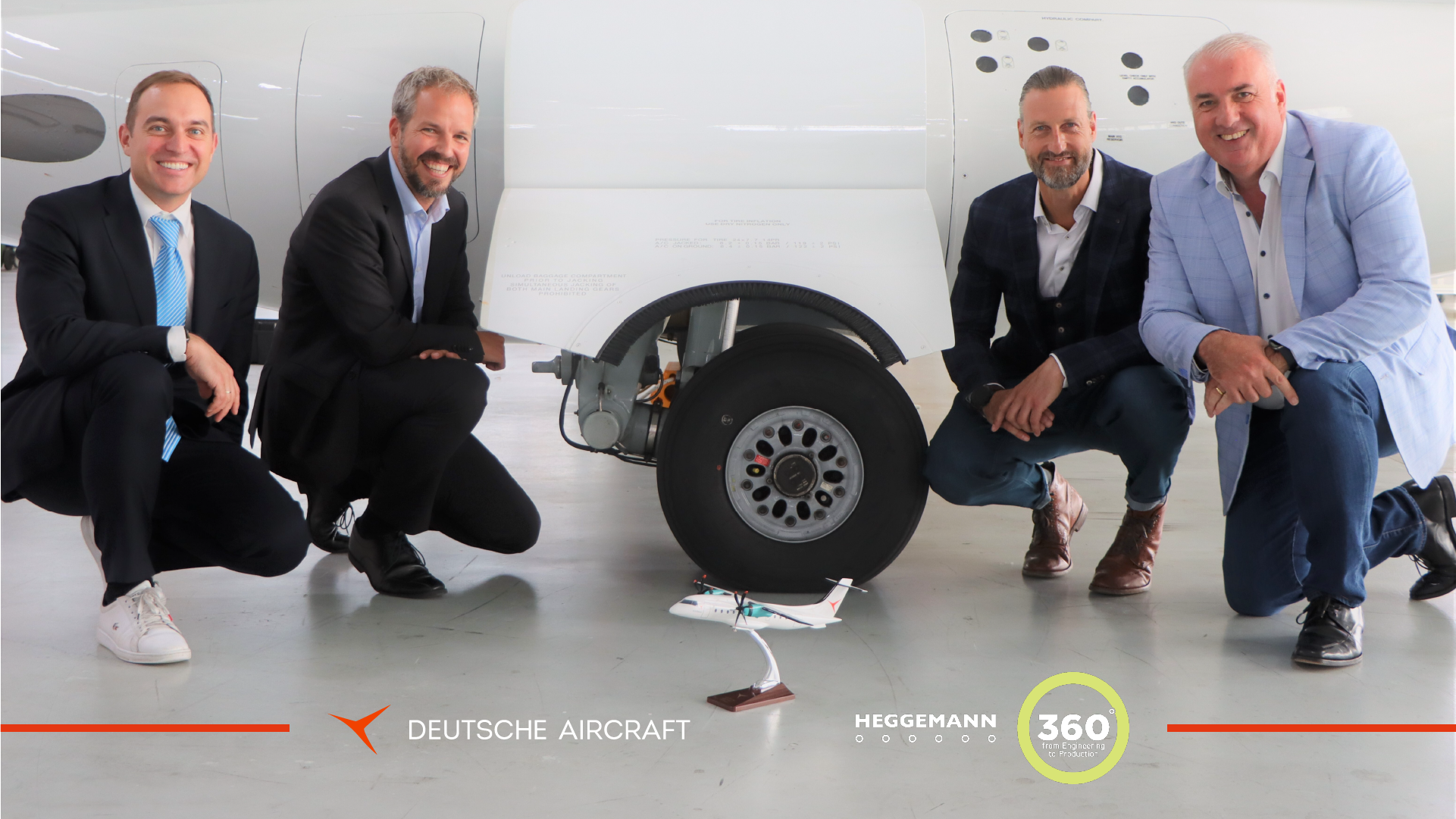 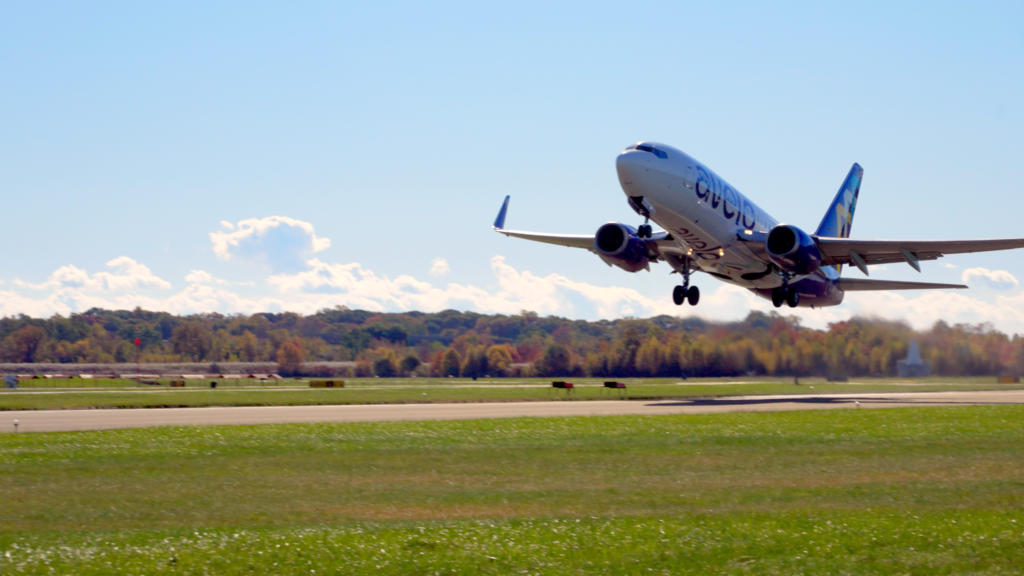 Avelo Airlines and US Aviation Academy (USAA) are partnering to make a new pathway for aviation students.

Students and instructors at USAA can work to become pilots or maintenance technicians with Avelo Airlines through accelerated aviation programs available at USAA. Both USAA and Avelo share a common goal: develop safe, responsible and effective pilots and technicians who are fully certified through an industry-leading training program. This partnership will support students in successfully completing their training and launching their careers.

Avelo Airlines Head of Flight Operations Scott Hall said, “We are always looking for great Crewmembers at Avelo, including Pilots and Technicians. USAA has an impressive track record of developing exceptional aviation professionals. We are excited to be collaborating with USAA to help create this pathway to opportunity for these aspiring aviation professionals.” 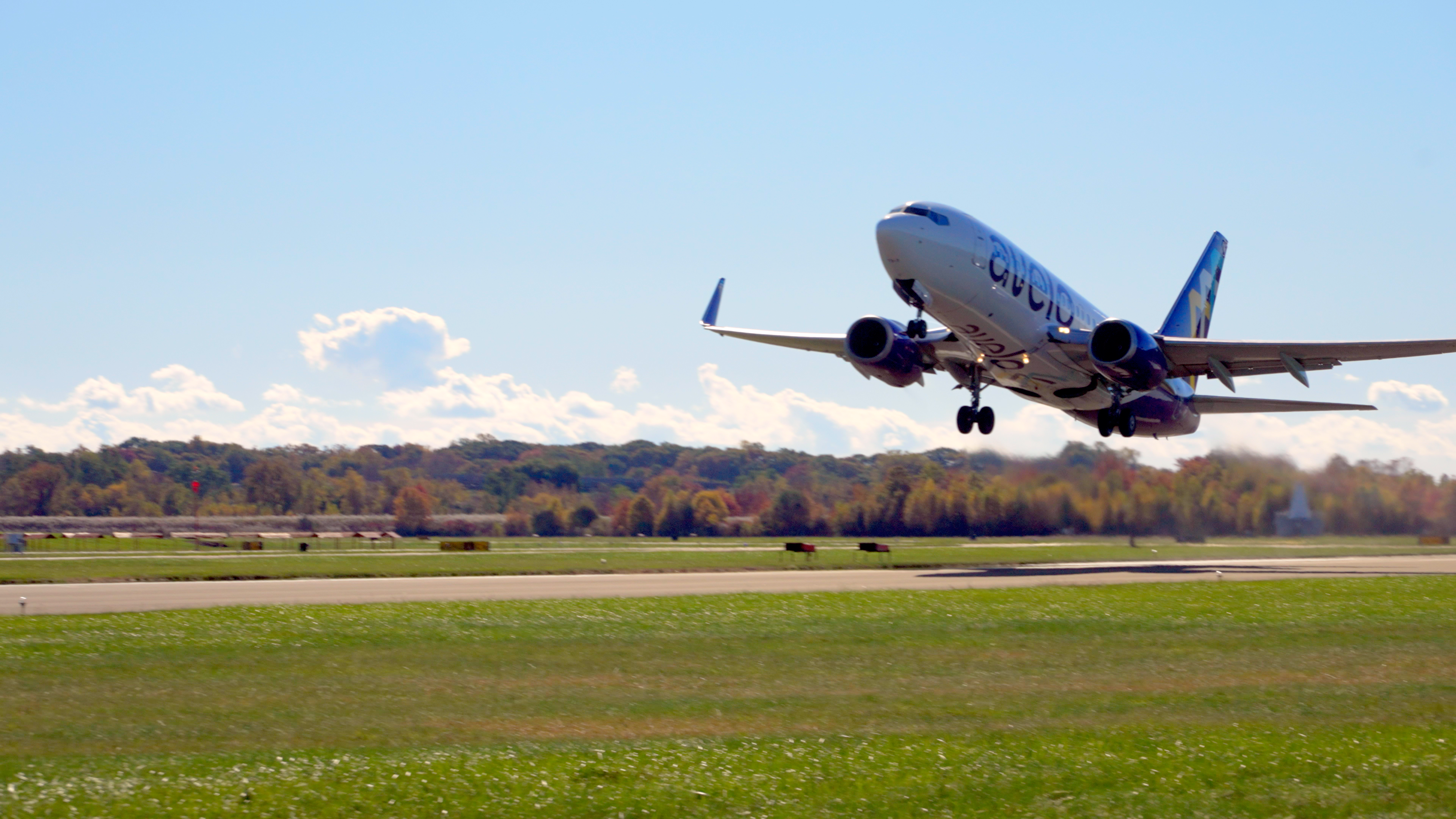 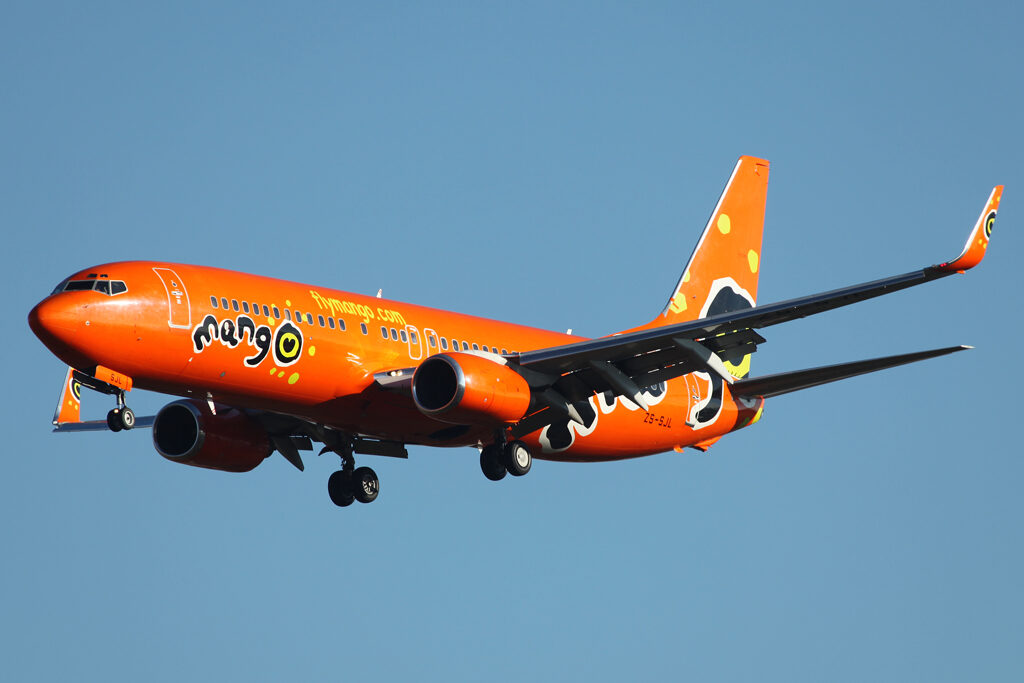 Low-fare South African airline, Mango Airlines, has had its license suspended for two years, obliterating any immediate chance for its revival.

The decision came from the Air Services Licensing Council, and was reported in a local news statement. Whilst the airline has not been operating any flights for over a year now, being in business rescue since July last year, a recent report (reported on by CHAviation) at the time suggested a bidder had shown proof of funding to rescued the airline.

Administrator Sipho Sono, Managing Director for Ophis Advisory, said, “significant progress has been achieved with one of the bidders” and had until August 10th to meet conditions.

It was not to be, however.

The council stated the low-fare airline’s license would be suspended “for a period of two years, effective immediately, as Mango has not operated the licensed air services for an uninterrupted period exceeding 12 months”. 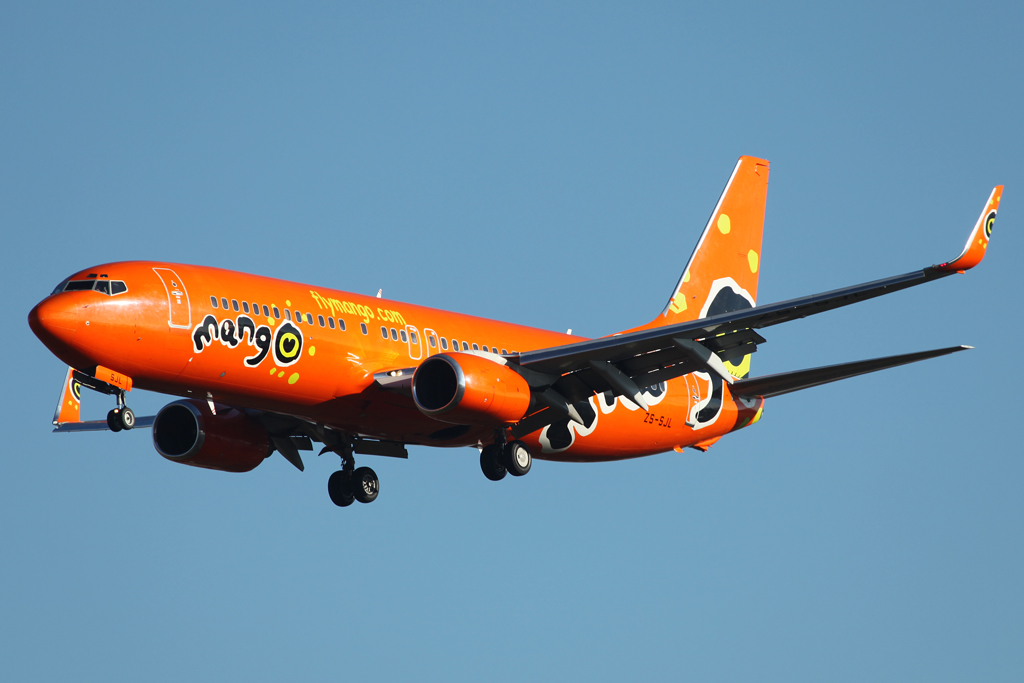 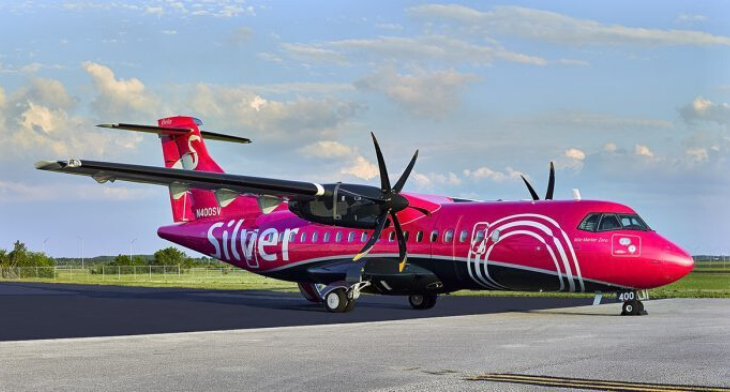 The Regional Airline Association (RAA) welcomes the return of Silver Airways to the Association, bringing the membership total to 18 airlines.“We welcome back Silver Airways and its colorful aircraft to the Association, and look forward to working with its leaders on range of issues impacting regional airlines and the communities they serve,” said RAA CEO Faye Malarkey Black.“RAA is fiercely committed to the future of regional air service and has an even stronger voice with Silver on board. We look forward to welcoming Silver’s safety and business leaders to our events, conferences, and purchasing forums.”“We are excited to announce that Silver Airways will be rejoining the Regional Airline Association. RAA provides an important voice of advocacy for leading passenger and cargo regional airlines such as Silver that provide safe, reliable, and necessary air transportation,” said Silver Airways CEO Steven Rossum.Silver, based in Fort Lauderdale, Florida, provides important air service to military, leisure and business travelers throughout the Southeast and Caribbean from gateways in Fort Lauderdale, Orlando, Tampa, San Juan, Puerto Rico, and the U.S. Virgin Islands. Silver is the U.S. launch operator of the fuel efficient and environmentally friendly ATR-600 series turboprop aircraft and operates both ATR-42-600 and ATR-72-600 aircraft as well as Saab 340B aircraft. 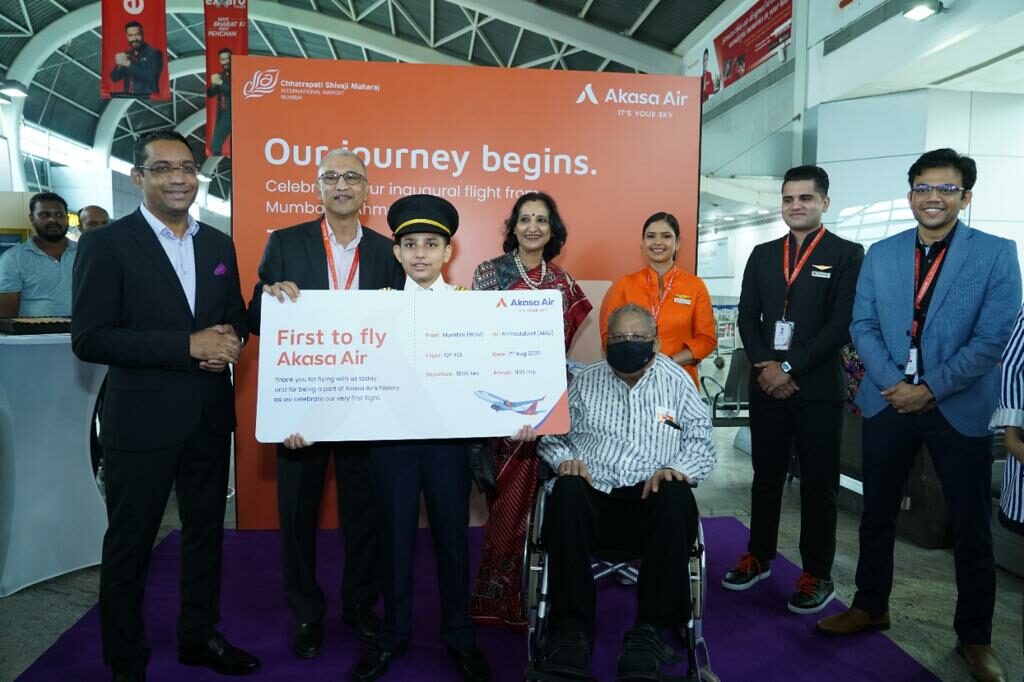 Akasa Air commenced its commercial operations with its first flight taking off from Mumbai at 10:05am with a scheduled arrival at Ahmedabad’s Sardar Vallabhbhai Patel International Airport at 11:25 am.

Commenting on the commencement of commercial operations, Vinay Dube, Founder and Chief Executive Officer, Akasa Air said “Today marks a significant milestone in Akasa Air’s journey as we successfully commence our commercial operations with our maiden flight from Mumbai to Ahmedabad. This is not just a testament to the women and men of Akasa that have made this day possible, but also a testament of India’s ongoing economic transformation and that of the country’s rapidly progressing civil aviation landscape.”

Starting today, Akasa Air will offer weekly flights between Mumbai and Ahmedabad. Progressively adding cities and routes to its network, the airline has already announced a total of five routes along five cities, including Mumbai, Ahmedabad, Kochi, Bengaluru and Chennai.

With a fleet induction plan of two 737 MAX aircraft each month, the airline is looking to establish a strong pan-India presence. The fleet size will be raised to 18 aircraft by the end of March 2023 and over the next four years, the airline will add 54 aircraft, taking its total fleet size to 72. 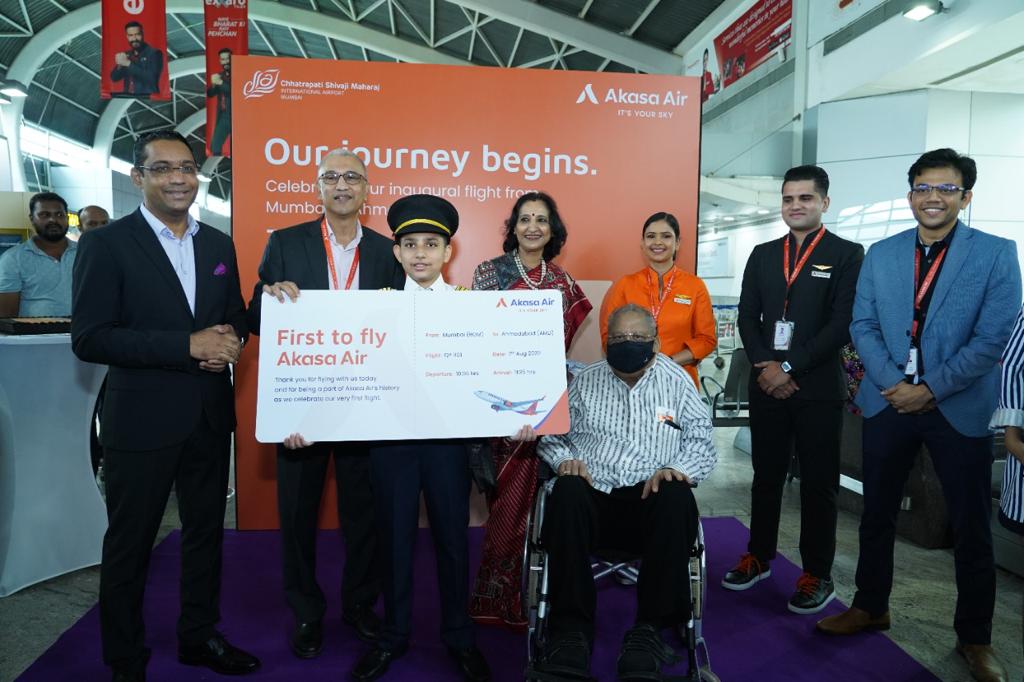 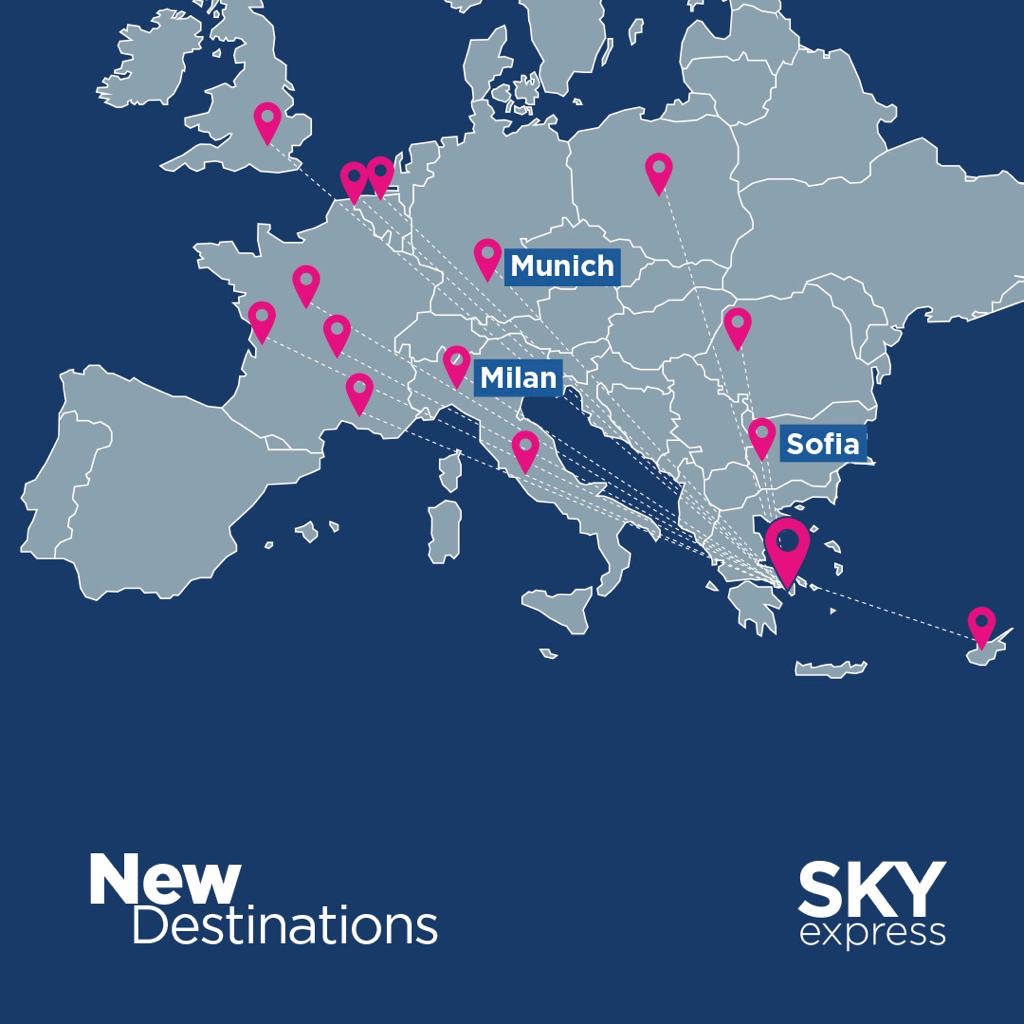 SKY express is expanding its flight network to Munich, Milan, and Sofia from the start of November.

Direct flights to Sofia and Munich International Airport from Athens start from 2nd November, with Milan flights beginning on the 3rd.

At the same time, responding to the needs of increased mobility between Athens and Rome, SKY express is also strengthening its routes with daily itineraries.

As stated by Gerasimos Skaltsas, SKY express Commercial Director: “Today we announce the expansion of our flight project to three strategic destinations with strong ties to Greece in terms of hospitality and entrepreneurship. Our satisfaction is dual, as after a particularly demanding summer season, we are ready to spread our wings reaching the 8th international destination that we serve steadily throughout the year with the youngest and greenest fleet in Greece. This can only give us further impetus for the next steps of SKY express’s long-term plan”. 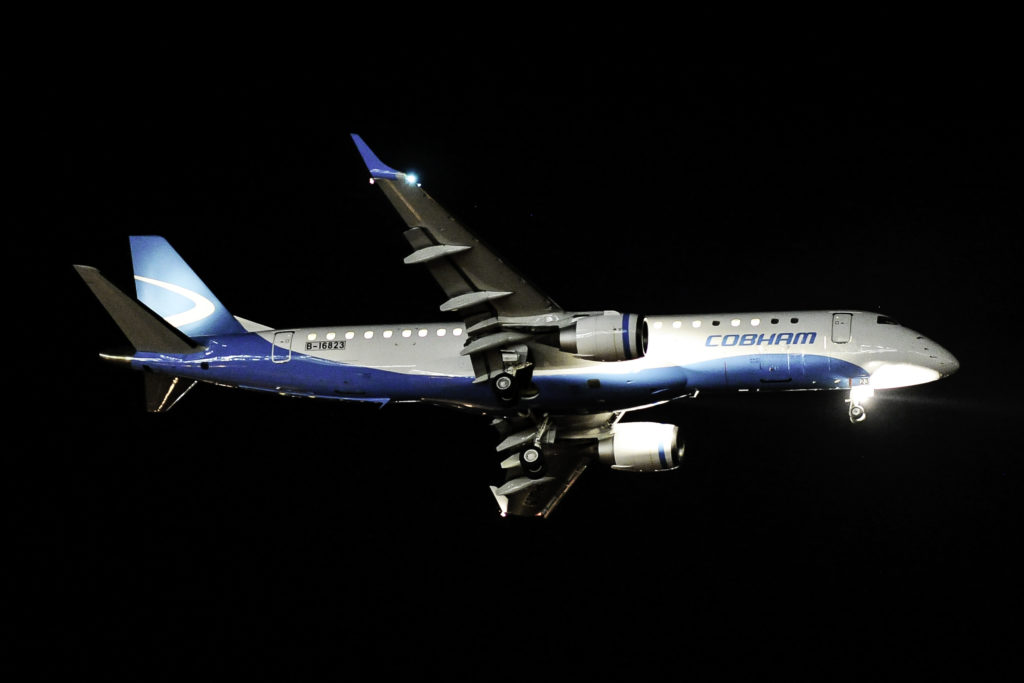 TrueNoord has completed the transition of a second Embraer E190 to Cobham Regional Services on a six-year operating lease. The aircraft was integrated into Cobham’s fleet in May and is already operating charter flights from its base in Perth.

Jack Bos, TrueNoord Technical Director, explains how the team dealt with the complexity of moving the E190 from its previous lessee, Mandarin Airlines: “At the time it was not possible to send inspectors to Taiwan without them having to quarantine for two weeks on arrival. We addressed this issue by hiring two experienced local consultants who sent daily reports including many detailed pictures. We had frequent contact with them throughout the transaction.”

Cobham’s Business Development Director, Tim Pirga, comments that Cobham is pleased to have received a second Embraer E190 from TrueNoord – which has now entered service and is supporting natural resources projects in Western Australia.

Cobham Regional Services acts as a critical link in the energy and resources sector, providing fly-in/fly-out (FIFO) services in support of mining, oil and gas projects throughout Australia. The company also provides flexible, bespoke charter flights with a full range of service options to Australia’s city centres and regional destinations.

“The E190 is not only one of the most environmentally friendly jets in the world, it offers substantially better operational uplift performance, particularly in hot weather at regional ports such as in the Pilbara.  It is also able to fly further distances compared to similar size aircraft. This reduces the need for additional fuel uplift in regional and remote locations and cuts CO2 emissions by up to 15 per cent per trip” said Pirga. 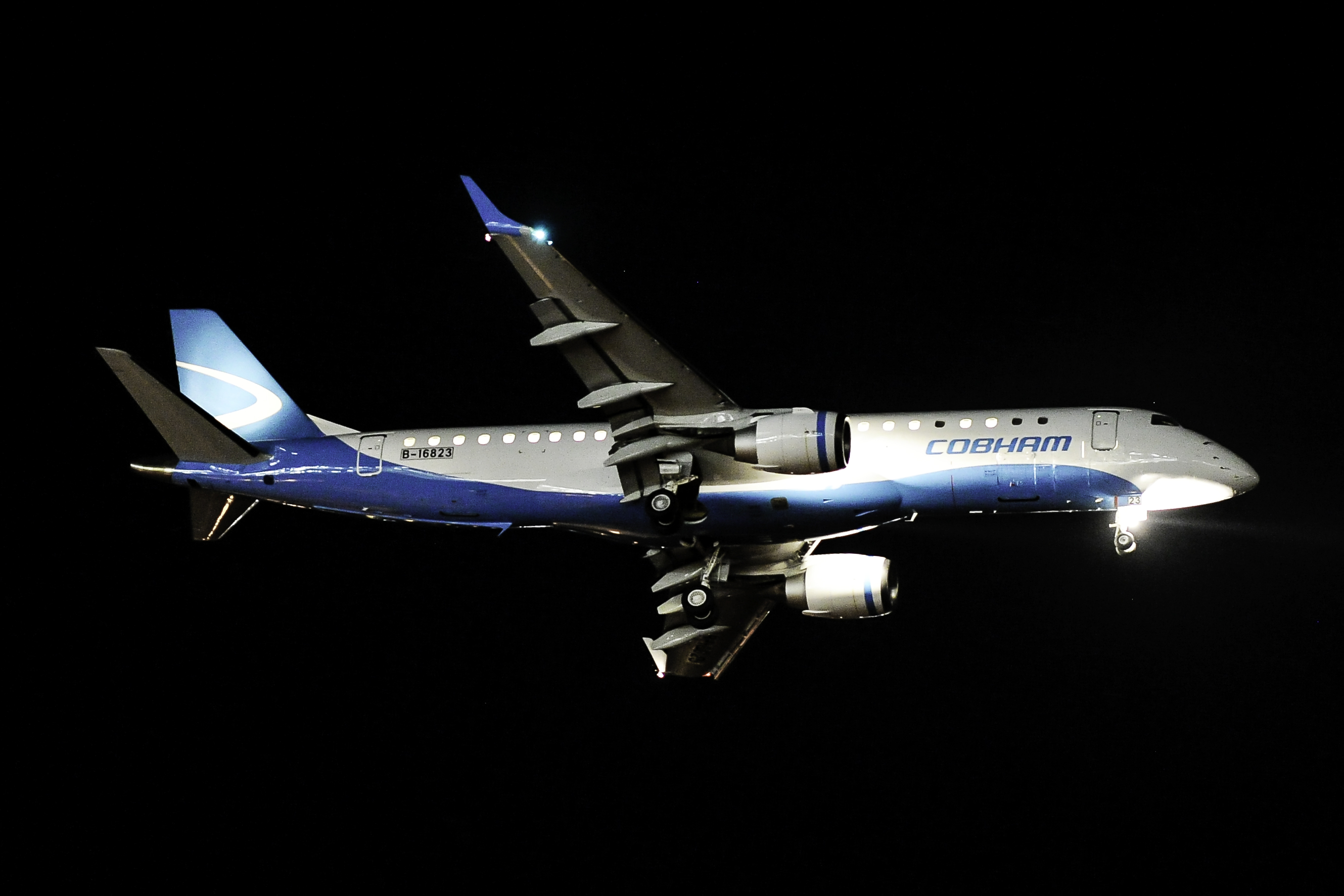