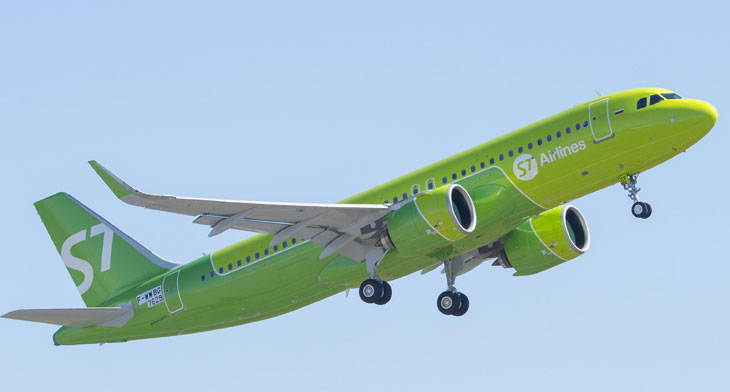 S7 Airlines to retire its Airbus A319 fleet f..

Russia’s largest privately-owned carrier, S7 Airlines, has started phasing out its Airbus A319 aircraft. The first of 18 A319s operated by the airline has already been withdrawn. It began operating the A319 in 2006. For ten years it flew 20 second-hand examples which were manufactured between 1999 and 2005. The first two aircraft to leave the fleet were transferred to S7 Airlines’ affiliate Cyprus Airways in 2016 and 2018.

The Russian carrier has been constantly increasing the capacity of its A319s. The airline has gone from 128 seats in an original two-class configuration to an all-economy cabin configuration with 144 seats.

The airline operates the 17 remaining A319s on domestic routes within Russia. An S7 Airlines’ representative has stated that one-third of the A319s will be withdrawn by the end of this year. They will be replaced with the new more efficient A320neos and A321neos.

S7 Airlines is the largest operator of the A320neo in Russia. Currently, the airline has 12 A320neos and four A321neos in its fleet. By the end of 2019, S7 Airlines expects to receive nine more of the A320neo family of aircraft. The airline took the decision to phase out its entire fleet of A319s due to their age.