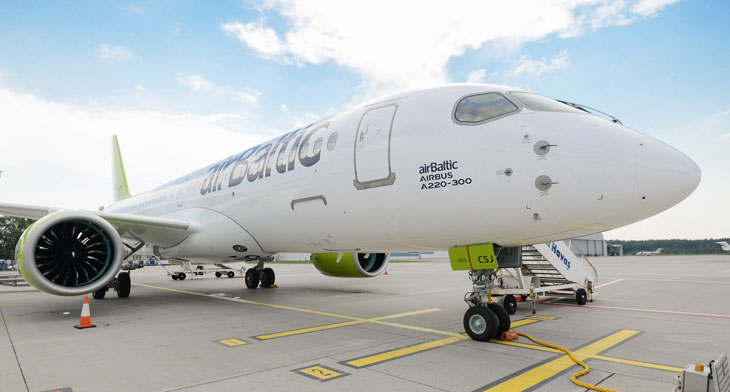 Extra quartet of A220-300s for airBaltic

Aircraft lessor Avation has been selected by Latvia’s airBaltic for the sale and leaseback of four additional new Airbus A220-300 aircraft, due for delivery in the first half of 2019.

12-year operating leases have been signed for both aircraft. Avation has already this year leased two 150-seater A220-300s to the airline, with the four new narrowbodies planned to be delivered from the final assembly line in the second quarter of 2019.

The airline is transitioning the majority of its existing 34-aircraft fleet over to the A220-300 single-aisle twin-jet, and was the launch customer for the type.

Avation’s executive chairman, Jeff Chatfield, said: “We believe the A220-300 is an excellent, highly fuel-efficient new technology aircraft. We are growing our fleet with four more A220-300 aircraft leased to airBaltic and we are very proud to be expanding our partnership with this growing and popular airline.”

Vitold Jakovlevs, airBaltic’s chief financial officer, said: “We are very pleased to be working with Avation once again. Avation has again demonstrated their competitiveness which, combined with our good experience with the first two aircraft, is why we have selected them a second time.”