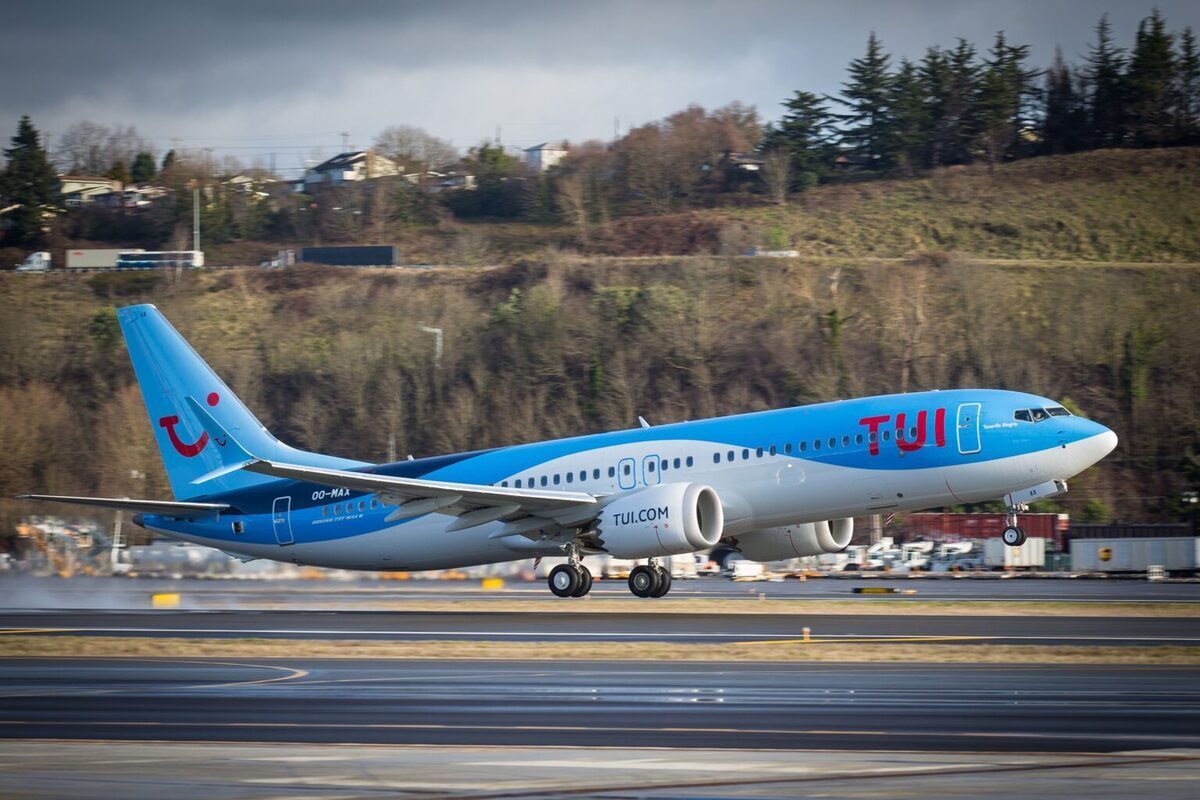 I had expected more coverage within the wider media concerning Boeing’s 737 MAX certification by the various aviation governing authorities worldwide. Still, although many of us within the industry knew it was taking place, I cannot recall seeing a mainstream news report announcing the aircraft’s return to service. Perhaps, given what occurred and the reasons for its grounding, this low-key, respectful approach was best. But, for those of us in Europe, where the MAX has yet to serve in the same numbers as North America, it is clear this is only a temporary measure with the announcement that British carrier TUI has become the first airline to receive a newly delivered 737 MAX aircraft. The jet flew from Boeing Field at King Country International Airport to TUI’s operating hub at Gatwick.

The delivery flight occurred on 27 February and is significant in being the first delivery after Europe’s regulators lifted the ban on the type.
The TUI Group has purchased 72 Boeing 737 MAX aircraft in total and will be viewed as one of the key European operators of the 737 MAX, but only a few of these aircraft have been delivered due to the worldwide grounding.

It’s a familiar thought that I have mentioned before in LARA about how the wider public will react to flying on a MAX? But, given all that has occurred in the world since the two tragic accidents, which must never be forgotten, it appears that regional airlines and LLCs, and I expect those keen to get away after months of lockdown, will have confidence in Boeing’s baby. It is simply a case of whether the US aircraft manufacturer can edge itself into a more positive light with the general public. It’s going to be an interesting year for the US giant, as it finds itself on unfamiliar ground in terms of its reputation.