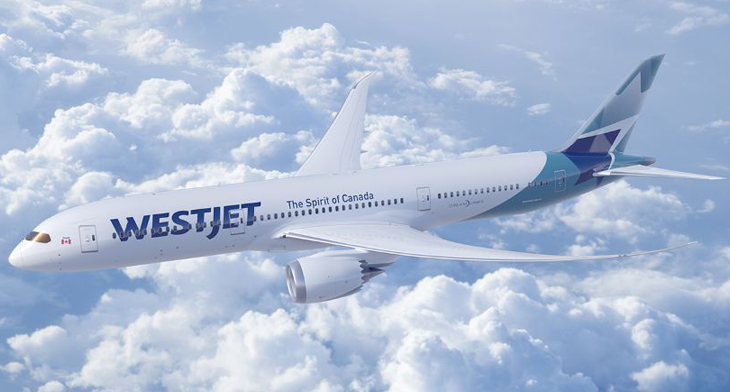 Canada’s WestJet is predicting that its low-fare airline subsidiary Swoop will achieve ancillary revenues averaging Can$40 per passenger next year.

The airline launched first flights with Swoop in June this year, with six Boeing 737-800s in a 189-seat configuration currently in its fleet, with that figure to rise to 10 by the end of 2019. WestJet revealed the figure during an investor day earlier this week in which it outlined its own targets for 2019-2022, and said it expects in the coming year to expand its own margins through a combination of improved revenue performance, a continued focus on cost control and a prudent approach to capacity management.

For the full year 2019, RASM (Revenue per Available Seat Mile) is expected to rise within a range of 2-4% year-on-year, driven by solid demand and strength in the core WestJet business, the roll-out of branded fares across all its operated routes, an increase in its first bag fee, and the rise in Swoop’s forecast ancillary revenue per traveller.

It also plans to introduce premium and business cabins on its Boeing 787 Dreamliner aircraft, offset by capacity increases in Swoop, which have a dilutive effect on overall RASM performance.

For the full year 2019, CASM (Cost per Available Seat Mile), excluding fuel and employee profit share is expected to be flat, rising by up to 2% year-on-year driven by continued investment in the business to support the 787 Dreamliner and the infrastructure required to deliver on WestJet’s strategic plan, as well as capacity increases at Swoop, which it said would have a dilutive effect on overall CASM performance.

For the full-year 2019, capital expenditures are expected to be between $1 billion and $1.2 billion driven by deposits and acquisition of B737 MAX and B787 Dreamliners. WestJet has signed a letter of intent to sell and lease back the first three Dreamliners to be delivered in the first quarter of 2019. The proceeds from the sale will fund approximately half of 2019 capital expenditures.

The Canadian operator expects heightened capital expenditures of approximately $1.1 billion in 2019, $980 million in 2020 and approximately $1.1 billion in 2021 as the Dreamliners are inducted into the fleet. It has also identified annual cost savings opportunities of $200 million through 2020. These are spread over several initiatives that include fleet reconfigurations, fuel savings, guest atonement, airport operations cost savings, optimised maintenance plans, digital self-service, and sales and distribution channel efficiencies.

WestJet has also expanded its codeshare relationship with Qantas by placing its WS code and flight numbers on Qantas-operated flights between Los Angeles and Sydney, Melbourne and Brisbane. Brian Znotins, WestJet vice-president, network planning and alliances, said: “Expanding our partnership with Qantas provides our guests greater global travel options and aligns with the new premium products and services WestJet is developing as we continue our evolution to a global network airline.”

WestJet operates flights from Vancouver, Calgary, Edmonton and Toronto to Los Angeles. The WS code will be added on Qantas’ daily flights between Los Angeles and Sydney, Melbourne and Brisbane and its seasonal service between Vancouver and Sydney.