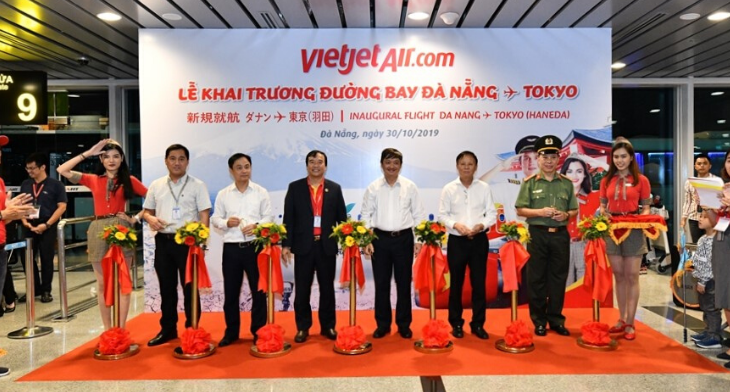 This marks the airline’s fifth route between the two countries and is also the first direct service between Da Nang and Haneda, one of the region’s biggest transit hubs between Asian and Western countries.

The route will operate daily return services from 30 October 2019.

“We are proud to provide a new travel option which is affordable, convenient and suitable for travellers wishing to depart from Haneda Airport, which is close to the central Tokyo, and travel to Da Nang – one of the world’s most adored beach cities,” commented Vietjet vice-president Nguyen Duc Thinh. “Together with our four other routes between these two countries, and the expansive domestic and international networks we offer, the new service will further complete Vietjet’s growing connections between Vietnam and Japan.”

While travellers from Japan will gain a connection to Vietnam, the airline said travellers and locals from central Vietnam will be able to fly directly to Japan as well as fly to other global destinations via Haneda.