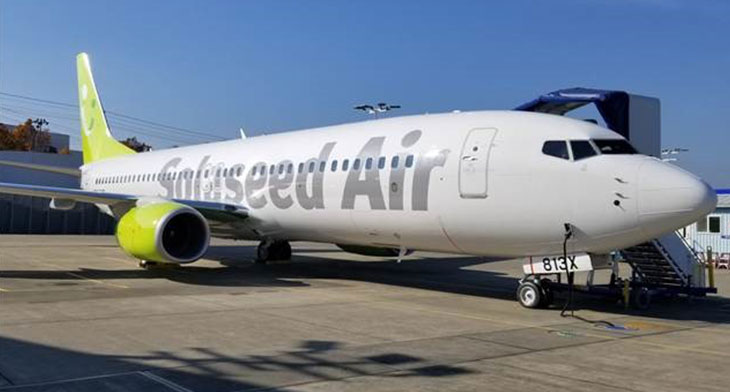 SMBC Aviation Capital has made a series of aircraft deliveries to low-fare airline customers based in Japan, India and Chile over the month of October.

The lessor announced the delivery of a Boeing 737-800 aircraft to the Japanese low-cost carrier (LCC) Solaseed Air – a new customer for the company.

It also delivered an Airbus A320-271neo aircraft, equipped with Pratt & Whitney GTF engines to the Indian carrier Go Airlines Limited (GoAir). The aircraft is the first of two A320neos to be delivered to GoAir, with the second scheduled for delivery by mid-November 2018.

Earlier in October, SMBC also made a series of announcements with Chilean airlines, including the delivery of two A320neos to Sky Airlines, each equipped with two CFM Leap-1A engines. The two deliveries were part of a five-aircraft deal, with the remaining three to be delivered in the last quarter of 2018 and the first quarter of 2019.

The lessor also concluded a deal that it said marked its growth in the region, with an agreement for the placement of five A320neos with a new customer, JetSMART Airlines. The aircraft will be leased to the ultra-low-cost airline from SMBC Aviation Capital’s existing order book with delivery anticipated for next year.

Peter Barrett, CEO, SMBC Aviation Capital, said: “We are delighted to conclude this deal with JetSMART, one of South America’s newest airlines and a new customer for SMBC Aviation Capital. This announcement also underlines our expanding footprint, not just in the Chilean market but right across the region,” he added.

Powered by Pratt & Whitney GTF engines, the aircraft will be deployed on routes in Chile and the surrounding region.