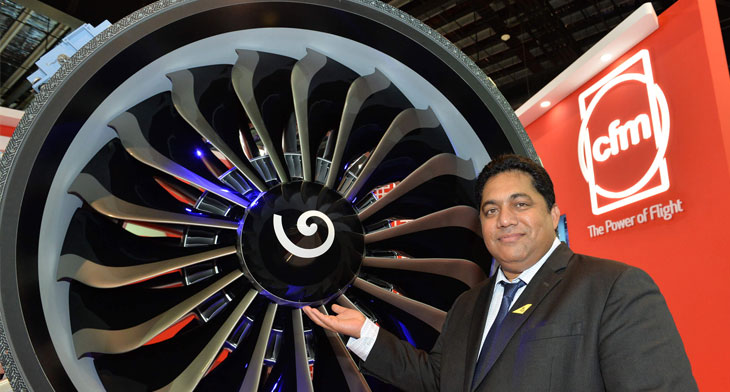 Karam Chand (pictured), CEO of the carrier, said at the signing during the Singapore Airshow that the LEAP-1A engines would allow the airline to achieve “significant cost savings.” Chand added that the extended range of the LEAP-powered A320neo would provide it with “a lower risk option to open new medium-haul markets.”

The aircraft order itself was announced in 2014. “It is a pleasure to welcome Royal Brunei as our newest LEAP customer,” said Gaël Méheust, president and CEO of CFM International. “We look forward to working closely with them to introduce the new LEAP engine into their fleet.”

Royal Brunei currently operates a fleet of 10 aircraft out of its hub at Brunei International Airport comprising four B787-8 Dreamliners and six A320s. It will have eight new aircraft joining its fleet this year, part of its plan to further develop its network to Seoul, Beijing and other Asian cities.