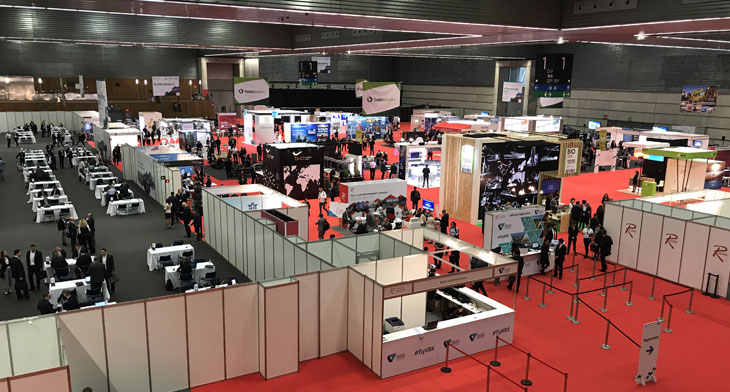 Routes Europe 2018: The past, present and future of Europe’s aviation industry

With the International Air Transport Association (IATA) predicting that Europe’s aviation market will grow at 2.3% per year over the next two decades, adding an additional 550 million passengers by 2036, a growing concern is that airport infrastructure isn’t up to scratch, according to one of the association’s leading figures.

“Passengers will double by 2036, but airport infrastructure isn’t being addressed as it should and European airspace is inefficient,” said Rafael Schvartzman, regional vice-president, IATA on the second day of Routes Europe in Bilbao, Spain, during a panel discussion on the state of Europe’s aviation industry.

Schvartzman also noted that the passenger compensation system in Europe is not fit for purpose, saying “We need a more fair and balanced system.”

On a more positive note Mark Clarkson, EVP product development, OAG, revealed that with the increase in passenger traffic and low-fare travel, “Airlines are increasingly looking at secondary markets and developing forgotten markets.”

According to data from OAG, European capacity grew by 3% in 2017, compared with the previous 12 months. Of this, low-fare seats accounted for 32%, up from 30.4% in 2016, emphasising the rise in the market of low-fare carriers such as easyJet, Ryanair and Eurowings. Meanwhile, an interview with British Airways’ (BA) chairman and CEO, Alex Cruz, saw a packed-out conference room tune in to hear what he had to say about the airline’s plans over the next few years and how it aims to battle the rise of low-cost carriers (LCCs).

Referencing the airline’s centenary celebrations next year, Cruz stated that its focus is on showing the world that BA is “still the leader in its field, when it comes to the quality of the service and product it offers.”

On the subject of long-haul, low-fare flights, Cruz stated that when he first joined the airline in 2016, the challenge particularly with flights from Gatwick was how BA could continue being competitive while delivering a quality service.

“The trick has been our newly refurbished 777s,” he revealed, explaining that the aircraft’s cabin reconfiguration “has enabled us to compete satisfactorily with low-cost, long-haul services.”

A session on aviation disruptors covered the inevitable subject of Brexit, as well as political instability and security concerns such as terrorism.

bmi Regional’s CCO, Jochen Schnadt, highlighted that the primary issue with Brexit is the level of uncertainty it creates. “If you ask 100 people what it means you get 101 answers,” he said, before adding that Brexit is a massive disrupter to the industry.

Leon Verhallen, head of aviation marketing at Brussels Airport, underlined the need for government support to maintain confidence in the aviation market in the light of recent attacks. “After the Brussels attacks some US travellers weren’t allowed to travel to Belgium,” he said, divulging that as a result of this disruption Boeing had to meet with its Belgian clients in the Netherlands. – by Chloe Greenbank, Editor, Regional Gateway