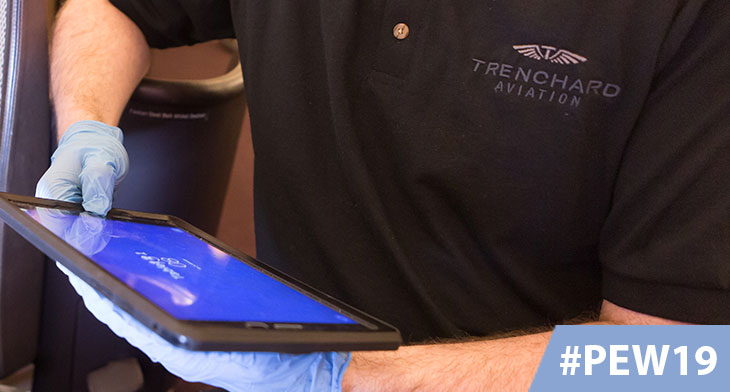 Developed in-house, the proprietary Atlas On-Wing is a web-based application that logs the tasks assigned by the airline, assigns them to specific engineers and specific aircraft, and records completed tasks with associated data which is then sent back to a web portal. The system is designed to significantly reduce paper-based tasks and planning.

Trenchard Aviation said that by tracking both live and historic jobs, Atlas On-Wing is able to generate instant and significantly more accurate performance and time management reports as well as streamlining communications both within Trenchard Aviation Group and with its customers.

Based on SSL technology, the system has been designed with a number of security features. All data captured on the tablets used by the maintenance engineers is encrypted and sent to Trenchard Aviation Group’s own hosted server where it is held in full compliance with GDPR and no copy is left on the hand-held devices.