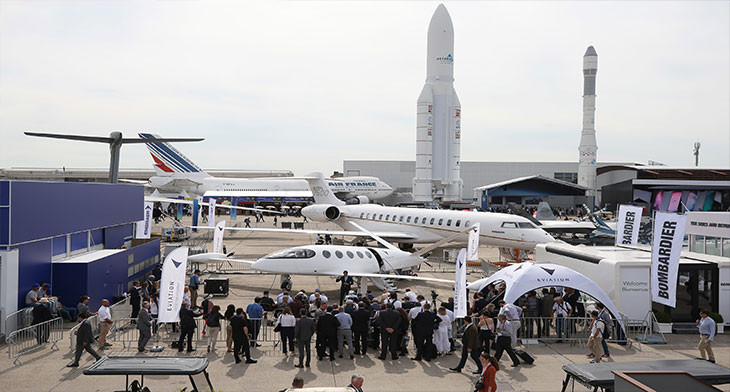 Eviation Aircraft, a manufacturer of all-electric aircraft, has secured regional carrier Cape Air as the first commercial customer for its all-electric ‘Alice’ aircraft.

Cape Air, one of the largest regional airlines in the US, with a fleet of 92 nine-seater aircraft, will incorporate Eviation’s ‘Alice’ nine-seater planes into its existing fleet. The airline has a double-digit purchase option for the Alice aircraft.

Following test flights this year and certification in 2021, Eviation plans to begin shipping the aircraft for commercial use in 2022.

“Cape Air has never been just another airline. We are a company of firsts, and one with a deep sense of social responsibility,” commented Cape Air founder and CEO, Dan Wolf. “We see tremendous opportunities to reduce the environmental impact of our operations, and to help our employees and communities do that as well. Augmenting our fleet with the all-electric Alice aircraft is the next chapter in our future.”

Eviation believe the growing regional segment in the US is the “ideal scenario” for it’s all-electric ‘Alice’, aiming to undercut the cost of travel by making middle mile trips “cheaper, faster and cleaner”, saying in a statement, “The shift to electric will reduce operating costs, eliminate greenhouse gas emissions, make air travel more affordable and connect communities like never before.”

Eviation says its ‘Alice’ leverages an IP portfolio that includes innovations in thermal management and autonomous landing, as well as distributed electric propulsion, battery technology and ‘cutting-edge’ composite body frames, capable of flying with nine passengers at 240 knots to a range of up to 650 miles on a single charge.

“For the first time in over 50 years, Eviation has created a new breed of aircraft fleets and a new era in aviation with the all-electric Alice,” said Omer Bar-Yohay, Eviation CEO. By securing our first commercial customer with a large and well-respected regional airline such as Cape Air, we have demonstrated and proven Alice as a leader in first-to-market innovation and reliable zero-emission aviation.”

“We are beyond thrilled to partner with Cape Air to bring the first all-electric regional aircraft to airports and air passengers across North America as we redesign air travel to make it quieter, cleaner and affordable.”

On the unveiling of the all-electric aircraft earlier this week, Eviation explained they are targeting “highly-trafficked ‘middle mile’ commutes around the world”, highlighting routes such as Paris to Toulouse in France, Norway’s Oslo to Trondheim and America’s San Jose to San Diego.

The company suggested air carriers are moving to replace aging fleets with electric options, reducing maintenance and operating costs, adding, “Alice will reduce those carrier costs by up to 70%, while bringing travellers a cost-competitive, emission-free option.”

The aircraft marks the culmination of four years of design and collaboration with an ecosystem of partners spanning France, Italy, Singapore, Germany, South Korea, Australia, the US and Israel, including Honeywell (flight-by-wire systems), Siemens (EPUs), Hartzell (propellers), magniX (EPUs) and Magnaghi Aeronautica (LG).

Eviation has also extended its network to include a collaboration with AeroTEC, which will lead Alice’s flight tests and first flight in Moses Lake, Washington and serve as a partner for certification.

In a statement the company said: “To meet existing and pre-sale purchase orders for Alice, Eviation will complete its first flights and begin manufacturing in the US in 2019, and, in conjunction with commercial customers and the FAA, will bring certified fleets to market in 2022.”