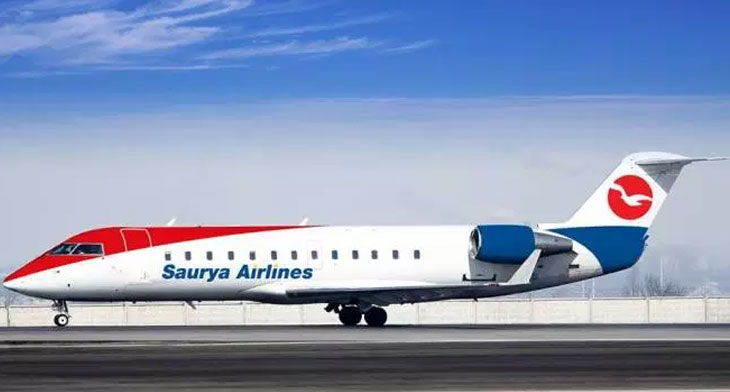 Nepal’s Saurya Airlines back in the air

Saurya Airlines is set to resume operating its schedule service today, following a significant grounding period due to its inability to settle the debt it owed to its Kathmandu airport operator.

The airline’s total debt to the airport amounts to US$355,000, of which it has already settled US$45,000. The airport operator has given the airline two months to settle the outstanding amount, although airline executives have pledged to settle it within one month.

Due to the airline’s inability to settle its accounts, the airport halted all its flight on 6 December 2018.

Saurya Airlines operates a pair of CRJ-200s on a domestic network covering, as of March 2019, Siddharthangar and Biratnagar. Prior to the grounding, the airline also flew to Nepalgunj, Dhangarhi, Rajbiraj and Bharatpur.

Despite the recent setback the airline intends to add three turboprops to its fleet next year. After it had been grounded in December, Saurya Airlines was purchased by India’s Kuber Group for a reported US$5.6 million.