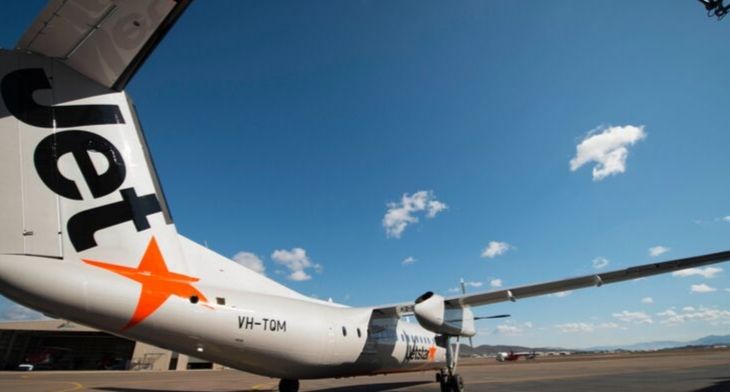 Low-cost subsidiary of Qantas, Jetstar has proposed ending its regional Q300 turboprop services in New Zealand at the end of November 2019 citing higher costs and softer demand in the market.

The airline said the proposal to withdraw the regional flights was based on the operation “continuing to be loss-making” along with higher fuel costs, and a softening of the regional travel market.

Gareth Evans, Jetstar’s chief executive officer, said “we don’t see the outlook changing any time soon,” resulting in the proposal to end regional services, with the final flights on 30 November.

Jetstar began flying to the regional hubs in 2015 and currently offers up to 130 return services a week during the peak season across five routes: Auckland and Nelson, Napier, New Plymouth and Palmerston North and flights between Nelson and Wellington.

“We have given it a real go. However, despite four years of hard work, including becoming the most on-time of the two major regional airlines and having high customer satisfaction, our regional network continues to be loss-making,” Evans commented, adding, “We understand there will be disappointment in regional centres at today’s announcement.”

Jetstar customers booked onto the regional turboprop services after 30 November will be offered options including a full refund. Approximately 15-20,000 people were booked on regional services beyond 1 December.

The proposal won’t impact the airline’s New Zealand domestic and international services and Jetstar will continue to offer up to 270 domestic jet services a week between Auckland, Wellington, Christchurch, Dunedin and Queenstown and up to 100 international flights a week on the Tasman and to Rarotonga.

According to media reports from the press conference, Evans highlighted that the domestic A320 operation wouldn’t be affected and represents around 83% of the revenue the airline generates in New Zealand.

Evans continued that it would be “business as usual” for the rest of the airline’s New Zealand operation, adding: “From the end of October, we’re doubling our Queenstown to Wellington services to six per week and we’ll continue to look at opportunities for our domestic trunk routes and international flying.”

The airline will begin a consultation process with approximately 70 affected employees on the proposal and expect to announce a final decision before the end of October. Alternative employment options would be available for all affected across Jetstar and Qantas Group businesses.