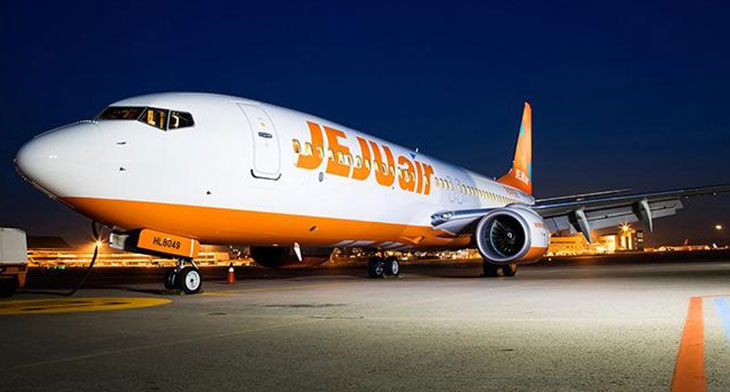 Jeju Air to deploy Bluebox Wow across B737-800 fleet

The airline has been trialling the free IFE service with passengers on board 10 aircraft flying between Incheon airport and destinations such as: Bangkok, Guam, Saipan, Vientiane, Hong Kong, Macau, Kota Kinabalu and Da Nang.

From April a total of 39 aircraft will offer the service.

Kevin Clark, CEO, Bluebox said: “We’ve watched as Jeju Air has expanded its reach across Asia and how they innovate in so many areas, so it is an honour to be part of their growth story, and more importantly, that they’ve put their trust in Bluebox to enhance their passenger experience on board.”

In July last year, Jeju Air took delivery of its first direct-buy Next Generation Boeing 737-800 aircraft, becoming the first low-fare carrier in South Korea to own and operate the aircraft type.