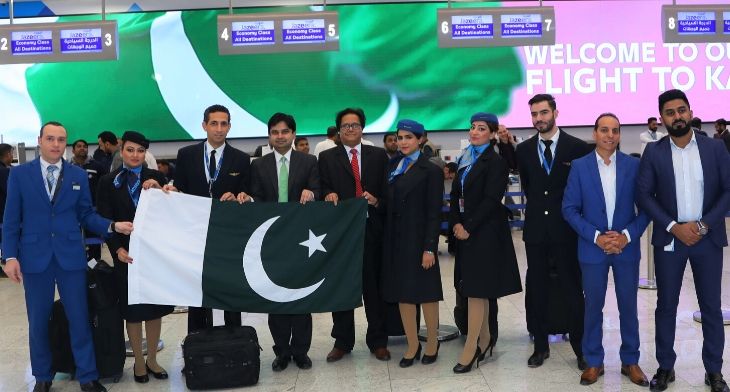 Kuwait-based Jazeera Airways has launched direct flights to Karachi in Pakistan, marking the first service between Kuwait and Karachi in two decades.

The weekly route to Pakistan’s most populous city is also the airline’s second route to the country.

“We are very pleased to have launched our new service to Karachi and offer our customers direct and transit routes to Pakistan’s premier economic and social hub,” said Jazeera Airways CEO, Rohit Ramachandran. “The launch comes as part of our strategy to cater to the large expatriates and business communities in Kuwait as well as connect customers from our network to popular business, tourism and religious destinations in the Middle East and Europe through Kuwait.”

The service is also set to support the growing trade relations between the countries. In 2018, Kuwaiti exports to Pakistan crossed the $1.5 billion mark, mainly driven by oil exports, while exports from Pakistan to Kuwait reached $180 million. Kuwait is home to over 130,000 Pakistani citizens.

Commenting on behalf of the Embassy of Pakistan in Kuwait, the Chargé d’Affaires, Ashar Shahzad, said: “It is a matter of great pleasure and pride that Jazeera Airways is starting flights from Kuwait to Karachi on 21 November 2019 as its second destination in Pakistan. Currently, there are no direct flights between Kuwait and Karachi. We are hopeful that the new direct route will enhance trade, political, social and cultural relationship between the two countries. We are thankful to Jazeera Airways for this and wish them success in its all operations”.