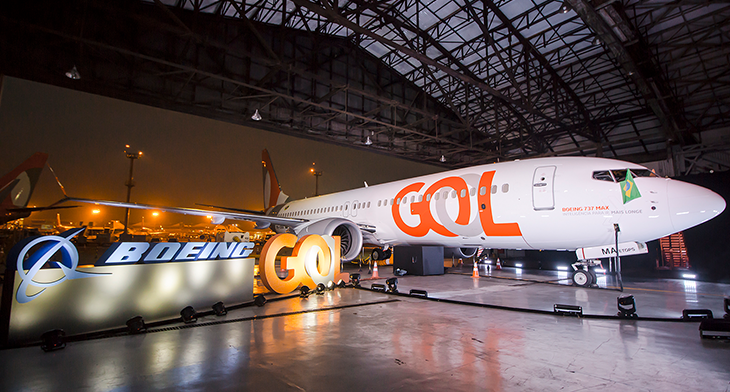 The airline says that as a result of operational gains and favourable market conditions, it has increased the pace of its plan and will receive the 11 aircraft during the second half of 2019. It will maintain its capacity discipline, it adds, and maintain the flexibility of its fleet plan. The ramp up will not alter its planned capacity, as the carrier plans to simultaneously return and/or sell B737 Next Generation aircraft under operating and finance leases.

GOL launched operations with the 737 MAX 8 in July this year, and compared to the airline’s B737-800NG aircraft, the MAX 8 has decreased fuel consumption on the carrier’s routes by approximately 15%. The jet’s increased range has also allowed it to further diversify its route network and begin operating flights to North America – the airline’s new Brasilia-Orlando route is currently the longest commercial 737 flight in history.

Paulo Kakinoff, GOL’s CEO, said: “By accelerating our fleet renewal plan to this new technology, we will be able to further reduce our costs and open up more international destinations for our customers.”

GOL has an order for 135 MAX aircraft to be delivered through 2028 and is currently the largest 737 operator in Latin America.

Avolon said the MAX 8s will come from its existing order book, with Felipe Campos, the lessor’s head of Latin America, saying it was “delighted to support GOL as they work creatively to accelerate their fleet renewal plans. Our relationship with the GOL team extends back to the earliest days of the airline and this transaction ensures that our partnership will continue well into the future.”