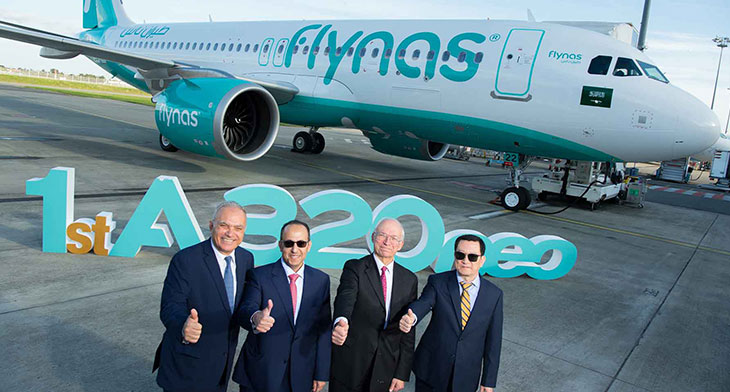 Saudi Arabian low-fare carrier Flynas has received the first of its 80 Airbus A320neo Family aircraft, ordered early last year in a deal that will see them delivered between now and 2026.

Flynas is the first operator in the kingdom to buy the A320neo. It currently operates a fleet of 30 A320ceos. The A320neo, powered by CFM International’s LEAP-1A engines, will support the airline’s ambitious expansion plans while providing greater operational efficiency and passenger comfort.

Saudi Arabia is the largest domestic aviation market in the Middle East. Formed in 2007, Flynas last year carried more than 6.4 million passengers, while during the first half of this year it transported over 3 million passengers.