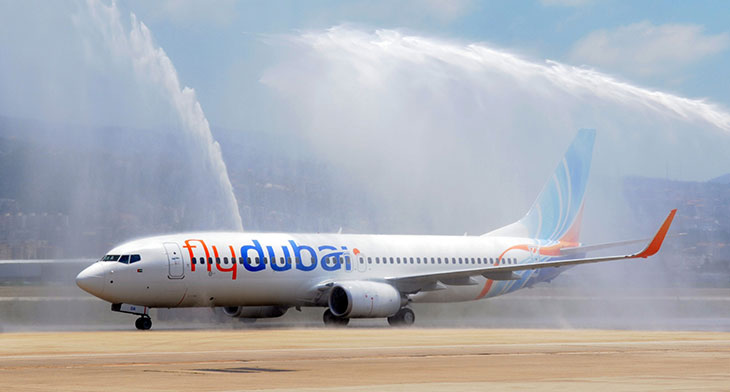 The Dubai-based low-cost carrier, flydubai, has marked its 10th anniversary and celebrated carrying more than 70 million passengers since its start of operations in 2009.

“For many years the Government of Dubai recognised the need for another carrier to serve our country,” commented His Highness Sheikh Ahmed bin Saeed Al Maktoum, chairman of flydubai. “flydubai was launched with a mandate to open new markets and make travel more accessible to more people. I am happy to see flydubai deliver on that commitment which has seen the airline connect 71 previously underserved cities to Dubai allowing a population of 1.5 billion easier access to one of the world’s leading aviation hubs.” “flydubai’s commitment to making travel more convenient and more affordable has only grown stronger over the past 10 years,” said Ghaith Al Ghaith, chief executive officer of flydubai. “We are pleased to see that more than 70 million passengers chose to flydubai since the start of our operations.”

“It is the vision of our leadership and the continued investment in the country’s infrastructure that has enabled the airline to grow the demand for travel,” he added, also thanking employees for their dedication, “I thank them and our passengers for being part of our journey and look forward to many more years to come as we mark our 10th anniversary celebrating bringing people together.”

Since commencing operations, the airline has created a network of more than 90 destinations in 47 countries across Africa, Central Asia and the Caucasus, Europe, the GCC and the Middle East and Indian Subcontinent.

HE Sultan bin Saeed Al Mansouri, UAE Minister of Economy, said: “the UAE is leading on the global air transport front and the aviation sector has been a major contributor to the overall national economy. The sector has successfully enabled the creation of an attractive environment for trade, investment and tourism to flourish.”

“The success of the national carriers has contributed significantly to further cementing the UAE’s prominent position on the global aviation scene,” Al Mansouri continued, “flydubai continues to play a pivotal role in strengthening the UAE’s ties with several important markets, thus enhancing the trade and tourism potential in the region and supporting the growth of the economy.”

More than 70 million passengers have chosen to fly with flydubai since its launch and the airline has celebrated several milestones, including most recently announcing a codeshare partnership with Emirates.