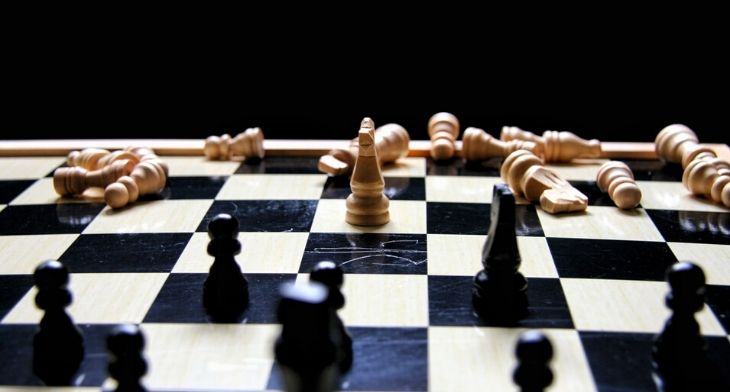 “Chess is life in miniature,” or so says the Russian chess grandmaster Garry Kasparov of the strategy game where each player travels across the board aiming to checkmate the opponent’s king and capturing their rival’s pieces along the way.

There have been similar scenes of strategy this week in the world of aviation as players have enacted their tactics to keep in the game and grow – particularly in the bustling, combative European market.

Painting the skies red, a new Icelandic low-fare airline, named ‘PLAY’ has announced its plans to enter the game.

Led by a team including several members of WOW Air – which collapsed earlier this year – the airline revealed it aims to initially serve destinations across Europe, before planning to launch flights in North America in spring 2020.

Meanwhile the parent group behind British Airways and Iberia, IAG, is set to acquire the Spanish airline Air Europa, in a move which the group believes would give its Madrid hub a boost and ‘transform’ it into a rival to the big European hubs in Amsterdam, Frankfurt, London Heathrow and Paris Charles de Gaulle.

In the UK, Thomas Cook’s airport slots and retail estates have been snapped up following the airline’s collapse earlier this autumn, with leisure and low-fare airlines clearing the board.

The slots at London Gatwick and Bristol Airport have been sold to easyJet, while leisure carrier Jet2.com acquired Thomas Cook’s airport slots from Manchester, Birmingham and London Stansted airports.

Commenting on the announcement, the CEO of Jet2.com and Jet2holidays, Steve Heapy, said the acquisition of the slots would “play an important role” in supporting the airline’s continued growth at the three airports.

In the wake of the sad collapse of Thomas Cook, one of Britain’s oldest travel companies, the largest peacetime repatriation of around 140,000 passengers, and a period of uncertainty and job losses for the travel giant’s employees – it is positive to see the industry moving forward and new routes and expansions planned for the remaining players.

As new airlines raise their heads, existing airlines merge into larger entities, and slot sales are completed, it seems to be ‘game on’ for the airlines in Europe.

Photo by Louis Hansel on Unsplash