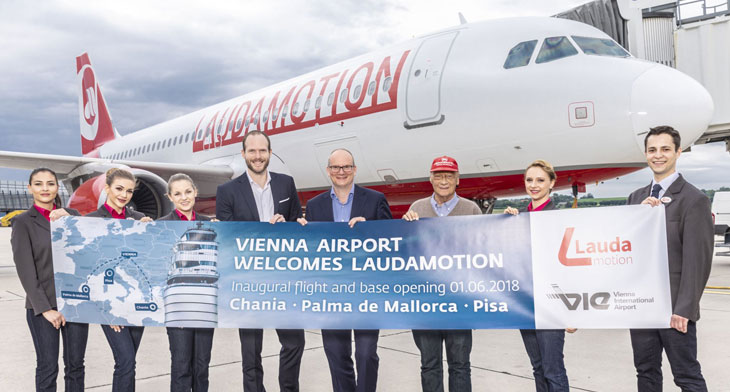 While much of the aviation world’s attention is focused on news emerging from Farnborough in the UK (which subscribers can read about in our daily airshow e-newsletters), there’s been plenty of fighting talk elsewhere in Europe in the low-fare and regional aviation sector to entertain us.

A spat between Ryanair and Lufthansa emerged while the ink was virtually still wet on the European Commission’s signing off of its approval for the acquisition by the Irish carrier of its majority stake in Niki Lauda’s LaudaMotion. Ryanair welcomed the regulatory thumbs up and immediately took its gloves off to come out punching in Round One, getting stuck straight into its German heavyweight rival.

The airline quickly forced Lufthansa to the ropes, accusing it of attempting to “destabilise and damage” the new Austrian airline. But Lufthansa came back swinging hard, countering smartly to describe the low-fare giant’s allegations as “completely unfounded” and said LaudaMotion had repeatedly failed to meet its lease payment obligations for nine aircraft.

These are likely to be just the early verbal sparring sessions in what many believe could turn out to be a bloody European slugfest, as Ryanair, Lufthansa and other players such as easyJet and IAG’s LEVEL step into the ring to see who the champ is in the German and Austrian markets, as well as in the wider European market. It should be an entertaining battle.

Don’t forget, subscribers can be kept up to date on all news from Farnborough via our show dailies this week. You can also follow our coverage on all our usual social media channels, and you can come say hello to the HMG Aerospace team on Booth 4012 in Hall 4.