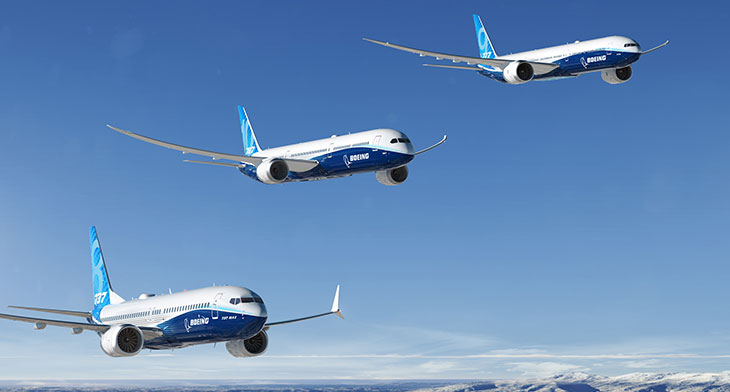 Boeing has reported a record $101.1 billion in revenue for the full year 2018, up 8% on 2017, reflecting higher commercial deliveries and increased volume across the company.

The company also reported a record operating cash flow of $15.3 billion and a total backlog of $490 billion, including nearly 5,900 commercial airplanes.

“Our financial performance provided a firm platform to further invest in new growth businesses, innovation and future franchise programs, as well as in our people and enabling technologies. In the last 5 years, we have invested nearly $35 billion in key strategic areas of our business, all while increasing cash returns to shareholders,” said Boeing chairman, president and chief executive officer Dennis Muilenburg.

Operating cash flow was $2.9 billion in the quarter and $15.3 billion for the full year, which Boeing said reflected planned higher commercial airplane production rates and strong operating performance, as well as timing of receipts and expenditures. Total company backlog at quarter-end was relatively unchanged at $490 billion and included net orders for the quarter of $27 billion.

During the quarter, Commercial Airplanes delivered 238 airplanes, a 14% increase on the 209 delivered in Q4 2017. This included the delivery of the 787th 787 Dreamliner. The 737 programme delivered 111 MAX airplanes in the fourth quarter, including the first MAX delivery from the China Completion Center, and delivered 256 MAX airplanes in 2018. The first 777X flight test airplane completed final body join and power-on, and Boeing reports the programme remains on track for flight testing this year and first delivery in 2020.

In an outlook for 2019, Boeing provided revenue guidance of between $109.5 and $111.5 billion, reflecting higher volume across all businesses. The company also expects to deliver between 895 and 905 aircraft in 2019.