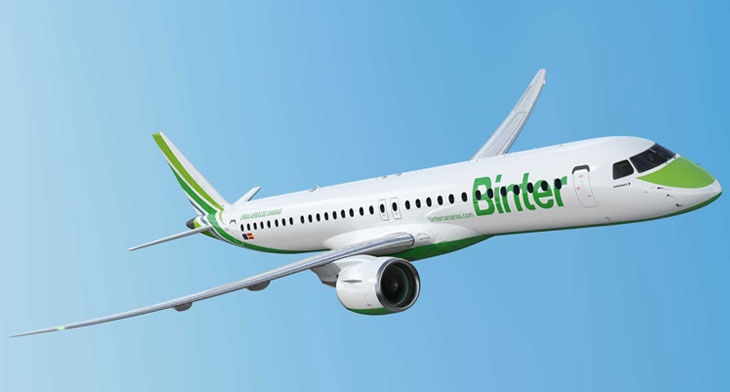 Spain’s Binter Canarias has been unveiled as the mystery buyer of Embraer’s largest E-Jet, the E195-E2, a deal first revealed as a Letter of Intent at the Farnborough Airshow earlier this year.

The Brazilian aircraft manufacturer says the carrier will receive its first E195-E2 regional jet in the second half of next year, making it the first European customer of the largest E2 model. The airline has signed a firm order with Embraer for three E195-E2s, with the contract also including purchase rights for another two.

The deal, valued at US$342 million if all options are exercised, had previously been announced as an LoI with an “undisclosed customer” at the airshow in July. The order was included in Embraer’s third quarter backlog for 2018. Binter will configure the aircraft with 132 seats in a single-class layout.

It’s vice-president, Rodolfo Núñez, said: “At Binter we have always believed in offering our customers quality service and, for us, fleet modernisation is paramount.” He pointed out that the airline will celebrate its 30th year in 2019. “We are convinced that the E195-E2 is the ideal aircraft model for our operations,” he said.