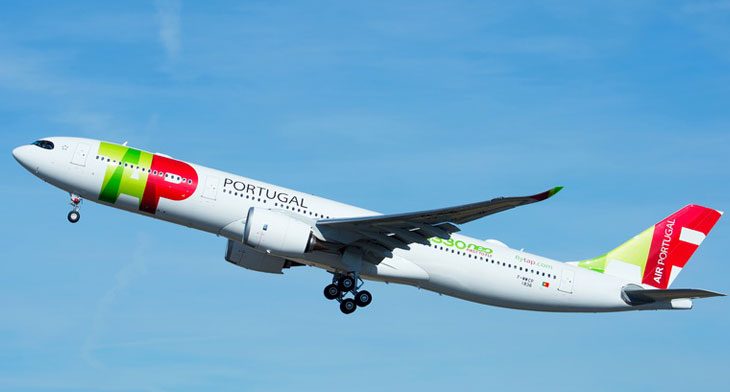 Airbus has delivered its first A330neo widebody aircraft to launch operator TAP Air Portugal, the first of a total of 21 A330-900s due to be delivered to the flag carrier.

30 years after Airbus delivered its first aircraft to the carrier, the manufacturer delivered the world’s first A330neo to the airline at a ceremony in Toulouse, France. The aircraft is on lease to TAP from Avolon, which has become the largest lessor of the A330neo. The airline’s A330-900 features 298 seats in a three-class lay-out with 34 full-flat business class seats, 96 economy plus and 168 economy class seats. It plans to deploy the aircraft on routes from Portugal to the Americas and Africa.

Speaking at the delivery ceremony Guillaume Faury, president of Airbus Commercial Aircraft, commented: “With the A330neo TAP now has the perfect aircraft for the next phase in the expansion of its long-haul network. The aircraft combines the lowest operating cost with the highest standards of passenger comfort.”

TAP Air Portugal currently operates an Airbus fleet of 72 aircraft with 18 A330s, four A340s and 50 A320 Family aircraft. The new widebody will join the airline’s recently delivered A320neo and A321neo aircraft that recently began commercial operation, as well as the A321LR which is expected in 2019. Faury continued: “With this combination of single-aisle and widebody neo aircraft, TAP will be able to cover all of its potential regional and long-haul routes for decades to come.”

In the ceremony, Antonoaldo Neves, chief executive officer for TAP Air Portugal described the airline as ‘mid-sized’ and added: “We’re growing by 10-15% each and every year.”

“Not only are we growing and creating jobs in Portugal,” he said, “but we’re also becoming a more profitable airline. Our balance sheet is stronger, our revenue is growing day after day, we’re engaging in union agreements that last five years.”

“TAP has become a truly international airline in Europe,” added Neves, explaining that around 79% of the airline’s sales currently are not in Portugal and the new aircraft will enable it to expand capacity on international routes to the US.

The A330-900 took its first flight in October 2017 and has clocked up 150 flight hours in function and reliability testing. The aircraft received its Type Certification from the European Aviation Safety Agency (EASA) in September.

A little view of the first #A330neo, delivered to @tapairportugal today! @Airbus #AvGeek #a330-900 pic.twitter.com/PFH8YvWRhA

Airbus say the A330neo is capable of efficiently flying routes of 30nm (nautical miles) up to 17 hours and heralded the commonality of the new A330neo to the other aircraft in its portfolio and suggested it will offer flexibility for airline customers.

“In TAP Air Portugal you see someone doing exactly that,” he said, highlighting their fleet that will include both the A321s and A330s. “Look at where TAP is going on its journey, it’s going to be A320neo, A321neo and A330-900 working in partnership towards their new future with the Airbus neo aircraft.”