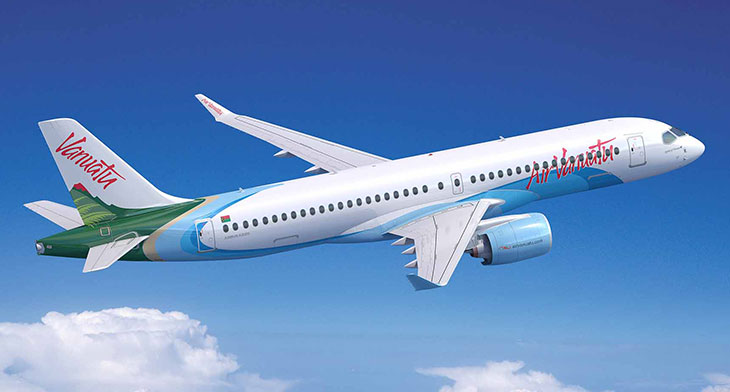 The national flag carrier of the Pacific island nation of Vanuatu, signed an order for two A220-100s and two A220-300s. Chief executive officer of Air Vanuatu, Derek Nice said: “We are proud to be the launch airline in the South Pacific of the best-in-class Airbus A220. These aircraft will be deployed to operate on our current domestic and international routes, including our newly announced non-stop Melbourne-Vanuatu service, and will bolster plans to expand our network in the South Pacific.”

The airline is based at Bauerfield International Airport in the capital Port Vila and operates to 26 domestic airports and internationally to Australia, New Zealand, Fiji and New Caledonia.

Christian Scherer, Airbus chief commercial officer called it a “significant investment” in technology and passenger comfort, adding, “Air Vanuatu’s decision to place the Airbus A220 at the centre of its expansion plans will surely keep it one step ahead of the competition.”

Air Vanuatu began services in 1987, helping to establish Vanuatu as a tourist and investment destination. The airline currently operates a Boeing 737 and ATR 72 fleet.