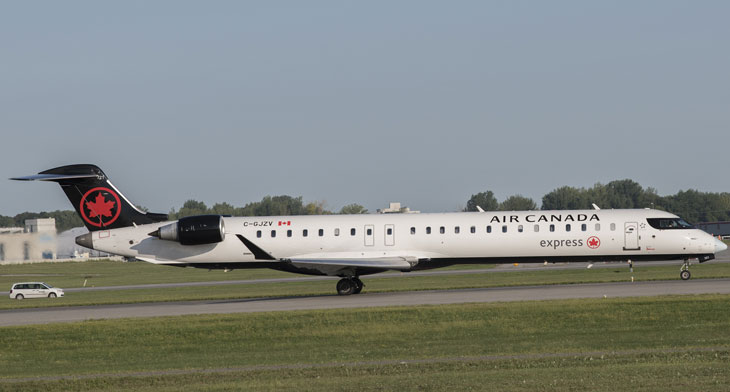 Air Canada is enhancing service and capacity on several of its regional and transborder routes, as part of an ongoing transformation of Air Canada Express.

The airline is upgrading service and boosting capacity on key transborder routes from its Toronto and Montreal hubs. With Mark Galardo, vice -president, Network Planning at Air Canada saying: “We are very pleased to offer customers travelling between Toronto and the cities of Nashville, Washington Dulles and Memphis an upgraded travel experience with larger and more comfortable aircraft featuring a choice of Business Class and wi-fi options on all flights. We are also adding daily frequencies on our Toronto to Minneapolis, Philadelphia and Austin routes and from Montreal to Baltimore.”

“These changes are part of an ongoing transformation of Air Canada Express and customers will benefit from even more convenient schedules and enhanced onboard experiences as we further strengthen our North American network, optimising connecting opportunities between our extensive transborder, North American and global markets,” Galardo continued.

The enhancements are in addition to Air Canada’s plans to launch new daily flights from Montreal to Raleigh and increase capacity by deploying larger aircraft with business class and Wi-Fi options on its Toronto to Raleigh and Charlotte flights.

The airline is also boosting capacity on regional routes across Western Canada in spring, deploying more Bombardier Q-400 Next Gen aircraft as part of the Air Canada Express refresh. Galardo said: “With our varied and flexible fleet, we are also adding frequencies to our Vancouver-Anchorage and adding capacity to our Calgary-Winnipeg route with larger Airbus aircraft in response to demand.”

Similarly, the airline is also making changes to its Eastern Canadian regional routes for spring 2019, including upgrading Air Canada Express regional aircraft to the larger Air Canada Rouge aircraft with in-flight amenities on its flights from Toronto to Fredericton, Moncton and Thunder Bay, and from Montreal to St. Johns.

“Air Canada is upgrading key Eastern Canada routes currently operated with all-economy regional aircraft by deploying larger Air Canada Rouge jets which offer a choice of two cabins, wi-fi and in-flight entertainment streamed to personal devices,” commented Galardo. “We are pleased to add more travel options to and from Newfoundland and Labrador by increasing capacity on our flights to St. John’s via our Montreal hub which offers excellent connections to and from our extensive North American and global network.”

He added the airline is also adding capacity to the Calgary-Halifax seasonal flight with larger mainline Airbus A320 aircraft.

The airline added: “Following the recently finalised Capacity Purchase Agreement between Air Canada and Chorus Aviation, Air Canada is optimising its fleet within its network strategy and deploying the aircraft best-suited to the communities it serves as it modernises and simplifies its regional fleet.”