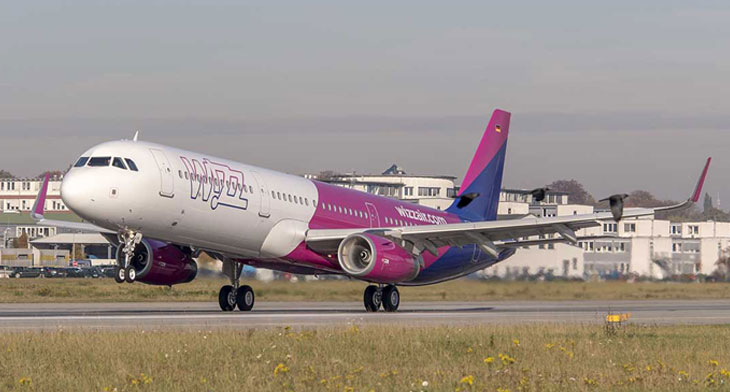 Wizz Air has been awarded the best LCC of the year during the Aviation Industry Awards Europe gala on 17 September. Regarded as one of the fastest growing airlines, and the leading LCC in central and eastern Europe, Wizz recieved a significant majority of the 150,000 votes that were cast.

In the past 12 months more than 37 million passengers have used Wizz Air to 151 destinations in 44 countries. The airline has focussed on  offering a high quality service to all of its passengers from the moment of booking until the end of the flight.

The airline operates one of the youngest fleets in Europe which currently consists of 119 aircraft, with the average age of 4.7 years. The company currently has a total of 271 A321neos,  A321neos and the A321XLR aircraft on order. The Airbus A321neo, six of which are already in operation at WIZZ, incorporates the latest technologies in aviation. It offers a 50 percent reduction in noise footprint, a 20 percent reduction in fuel consumption, while also reducing nitrogen oxide emissions by up to 50 percent.

József Váradi, CEO of Wizz Air Holding, said: “We are honoured to be recognized as the Best Low-Cost Carrier of the Year in 2019 by our distinguished customers, soon after receiving the Best Low Cost Airline in CEE, the Airline of the Year 2019 as well as the Seven Star Safety rating. This award once again demonstrates that we are on the right track and that the hard work and dedication of the remarkable Wizz team is valued by many of our passengers. We stay committed to offering the lowest possible fares and an ever-growing network of low-fare travel opportunities as we advance to having 300 industry-leading modern aircraft. Our friendly crew looks forward to welcoming you on board one of our young and modern aircraft.”