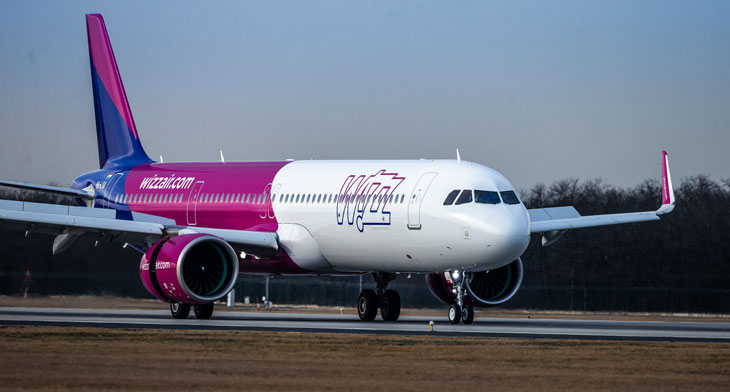 Wizz Air, one of Europe’s fastest growing airlines and the leading LCC in central and eastern Europe, brought its brand-new Airbus A321neo to Luton Airport today.

Based in Budapest, the A321neo will operate a service from Luton to Budapest. The new generation aircraft is equipped with the latest technology which will prove a significant benefit to the environment, with reduced emissions, a lower fuel burn, and an almost 50% reduction in noise compared to earlier generations of aircraft.

The new aircraft is the first of 256 A321neo and A320neo’s Wizz Air will take delivery of over the next seven years.

Owain Jones, managing director, Wizz Air UK said: “The arrival of the airline’s brand-new Airbus A321neo aircraft to our London Luton base is a major milestone for Wizz Air in the UK, both in terms of our industry-leading growth and our aim to become one of the greenest airlines in the sky. WIZZ is proud to operate one of the youngest fleets in Europe, and this new aircraft decreases our environmental footprint even further.”