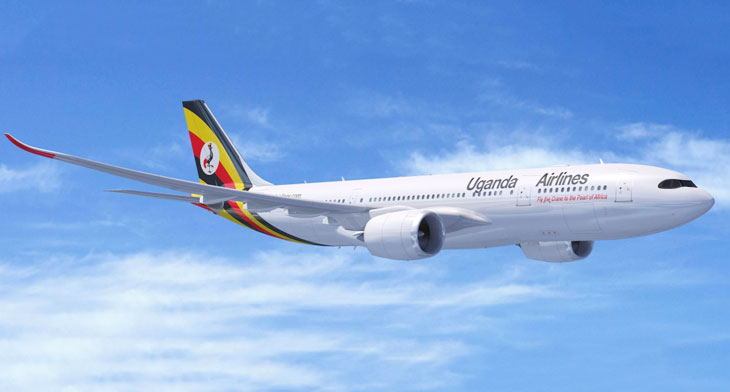 Uganda Airlines has confirmed its order for two A330-800s, so becoming the second of the new customers for the A330neo model. Airbus made the announcement on 8 April.

The airline, which is the national carrier for Uganda. “It plans to use the new aircraft to increase its medium- and long-haul network with the A330s offering cutting-edge technology along with more efficient operations” according to Airbus.

Uganda Airlines order puts Airbus backlog of A330-800s to a total of ten aircraft. The only other customer for the model is Kuwait Airways, which placed an order for 8 examples in October 2018.

The A330-800 made its maiden flight in November 2018 and is currently in the middle of a flight-testing programme. Airbus plans to finish it and obtain A330-800 certification by the end of 2019.