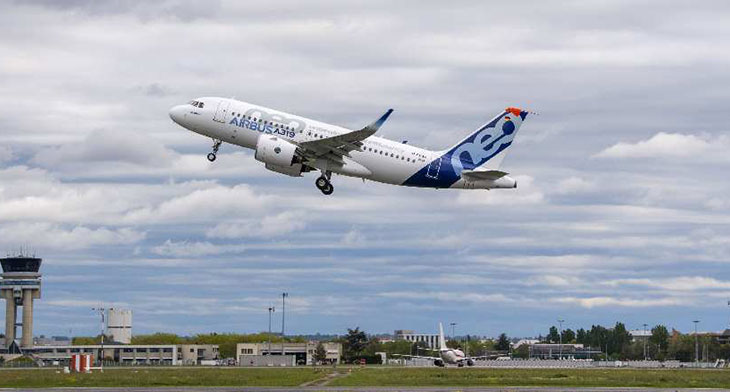 An Airbus A319neo has performed its maiden flight powered by Pratt & Whitney GTF engines for the first time. The A319neo test aircraft took off from Toulouse today at 12:30 local and landed at 15:20.

The aircraft, MSN 6464 will now undergo an extensive flight test programme in order to achieve its certifications with P&W GTF engines by the end of this year.

The same aircraft had originally been powered with CFM International LEAP-1A engines for that variant’s full certification period, which began in March 2017 prior to FAA/EASA certification in December 2018.