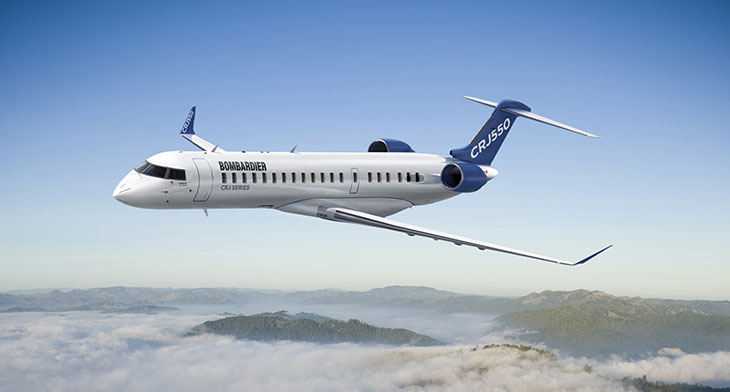 Mitsubishi in talks with Bombardier

Mitsubishi Heavy Industries has revealed this week that it is in talks with Bombardier to buy their regional jet programme. The prospect of this deal would likely send a shockwave through the narrowbody jet market.

The Japanese heavy industries manufacturer is looking to break into the lucrative North American aviation market.

The talks come as Bombardier is seeking a solution for its money-losing CRJ programme, which has no backorders past 2020. Mitsubishi is keen to increase its expertise in the regional jet field in order to develop and certify its own delayed jet programme, the MRJ.

The Canadian aircraft manufacturer has recently restructured its aviation departments to focus more on its profitable executive business jets.

It is not known how an agreement between Bombardier and Mitsubishi would impact the CRJ’s production in Montreal or what the value of the deal would be. Bombardier recently signed off a separate deal a few days earlier with its Q400 aircraft for Can$300 million.

Bombardier has just clashed in court with Mitsubishi Aircraft Corporation, a department of the Mitsubishi Heavy Industries, over allegations that former Bombardier employees passed on sensitive information to help with the design, production and certification of the MRJ regional jet. No further statements have been released relating to this, while the talks are in process.

An announcement about the potential deal could be made as early as 17 June at the start of the Paris Air Show.