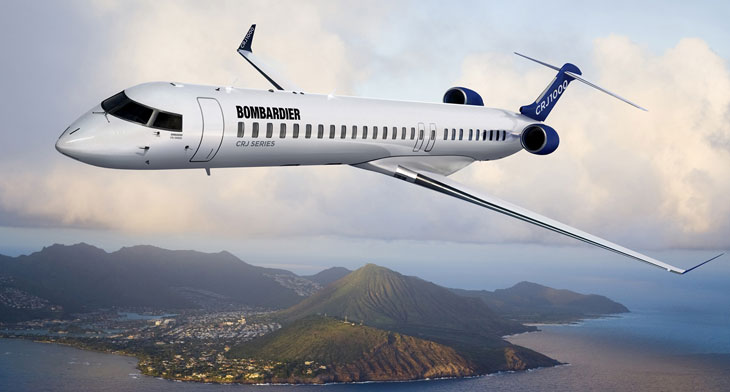 Bombardier has confirmed that is has agreed with Mitsubishi Heavy Industries (MHI) to sell its CRJ regional aircraft programme for US$550 million.

Announced today, the Japanese manufacturer will acquire maintenance support, upgrade facilities, marketing and sales activities for the entire CRJ series. This will also include service and support sites located in Montreal and Toronto, along with Bridgeport, West Virginia and Tucson, Arizona. MHI will take over the liabilities for Bombardier’s CRJ back catalogue which is estimated at US$200 million.

During the announcement is was revealed that Bombardier will retain the CRJ production facility in Mirabel, Quebec, and continue to supply components and spare parts and build the CRJ aircraft from the current order book under MHI’s direction. Bombardier is expected to complete CRJ production in the second half of next year, following the delivery of the current backlog of aircraft.

The sale of the CRJ programme means that in just over a year, Bombardier has practically withdrawn entirely from commercial aviation industry sector. In June last year the company sold the majority of its shares in the C-Series programme to Airbus, which renamed the aircraft the A220. In November 2018, Viking Air, which had acquired Bombardier’s Amphibious Aircraft programme in 2016, purchased the Q400 series for US$300 million.

What impact this purchase has on the current ongoing court-battle between the two companies regarding former Bombardier employees, allegedly passing across sensitive design information when employed by MHI remains to be seen.