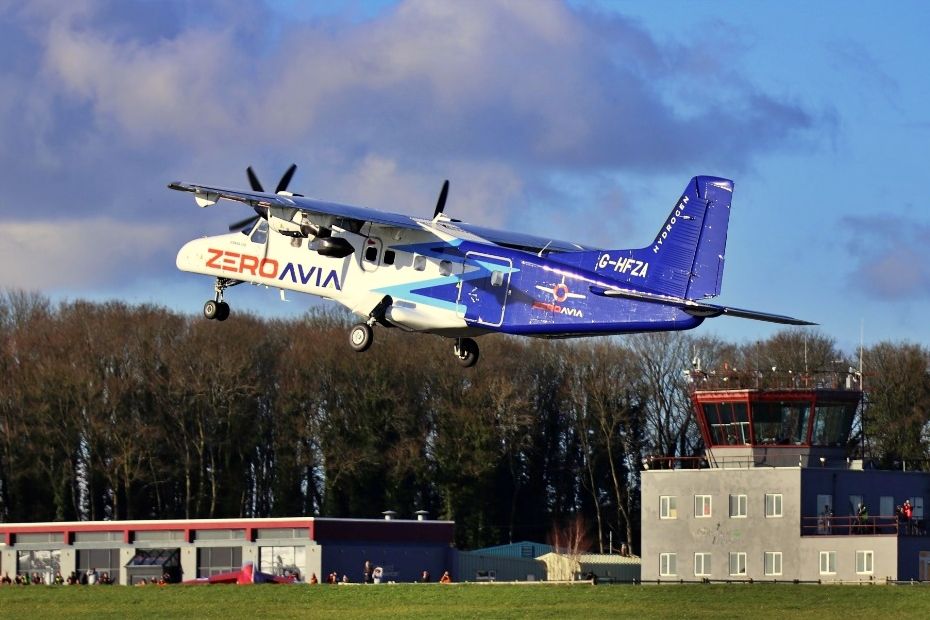 ZeroAvia has achieved a world first, successfully flying the world’s largest aircraft powered by a hydrogen-electric engine at the company’s R&D facility at Cotswold Airport.

The aircraft, a 19-seat Dornier 228 twin-engine, took to the sky in testbed configuration from Kemble at 13:35pm for its first flight as part of the HyFlyer II project – a major R&D programme backed by the UK Government’s ATI Programme.

The flight itself lasted for 10 minutes, and all systems performed as expected. The aircraft was retrofitted to incorporate ZeroAvia’s hydrogen-electric engine on its left wing, which was used alongside a single Honeywell TP-331 stock engine on the right.

This flight places ZeroAvia one step further towards the certification process, which is aiming to be finalised and submitted this year.

In a press conference, founder and CEO Val Miftakhov said that ZeroAvia has about 1500 orders for its hydrogen-electric powertrains, which span a number of aircraft types, 600-700 of these being orders for this particular 600kW ZA600 type.

“We know the technology works, and at the right scale, the challenge now is certification and final design iteration,” the CEO said.

At least 10-12 flights are expected in this test campaign, including longer flights, at its facility at Kemble and across other airports, the results of which will feed into the final design of the engine that ZeroAvia will get certified. The CEO also announced that the airframe manufacturer and the initial launch airline will be announced soon.

Miftakhov said: “The first flight of our 19-seat aircraft shows just how scalable our technology is and highlights the rapid progress of zero-emission propulsion. This is only the beginning – we are building the future of sustainable, zero climate impact aviation.”