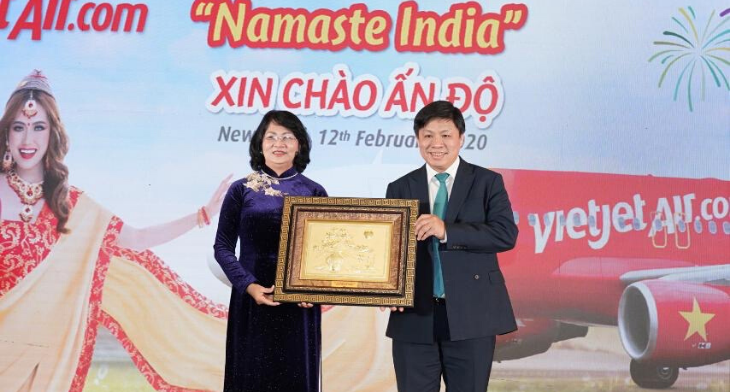 Vietnamese airline, Vietjet, announced the introduction of five direct routes to India, in a move that will link some of the two countries largest cities together.

Flights from Da Nang to New Delhi, and Hanoi to Mumbai, will commence from 14 May 2020 with the routes from Ho Chi Minh City to Mumbai planned to begin operating on 15 May 2020. Vietjet currently operates the HCMC/Hanoi – New Delhi services and plans to add more routes to alternative destinations in the future.

“Vietjet’s direct flight opening records a milestone not only for the development of the airline but also marking the traditional bilateral relations between Vietnam and India,” said VP of the Socialist Republic of Vietnam, Dang Thi Ngoc Thinh, adding that the routes will continue contributing to the partnership between the two countries,“I am confident that Vietjet will continue to be the leading airline in exploring and commencing direct services to other potential markets in the future.”

The flights will offer a VIP SkyBoss service, including lounge access, priority services and a selection of fresh hot meals in-flight.

The trade between Vietnam and India has increased annually at a rate of 12.81% since 2018. Honorable Minister of Civil Aviation in India, Hardeep Singh Puri commented on the potential economic growth of both countries due to the direct air connectivity of Vietjet.

The connection to India will lead to passengers gaining access further across Southeast and East Asia with Vietjet’s domestic and international network, the airline suggested.