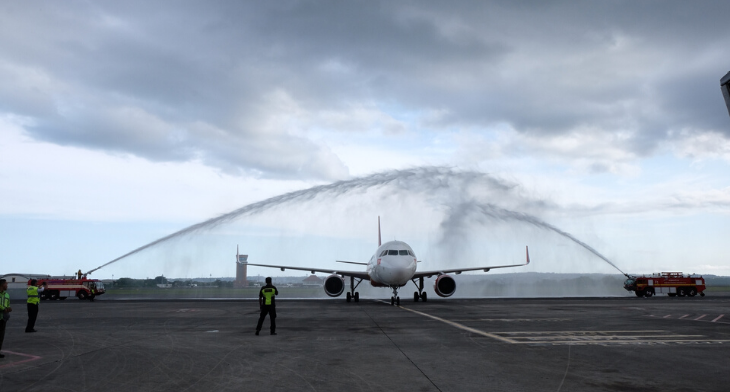 The route is also the airlines second service to the Indonesian holiday destination following the launch of its Ho Chi Minh City – Bali route in May 2019.

“We are proud to be the first airline to operate direct flights between Hanoi and Bali,” commented, Chairwoman of Vietjet’s Board of Directors Nguyen Thanh Ha. “The new route operated from the second day of the Lunar New Year will meet the New Year’s travel demand of the locals and international travelers with less travel time and cost. Not only connecting the two most attractive cultural tourism destinations in Asia, the Hanoi – Bali route will also further promote cooperation between the countries in ASEAN.”

Launched on 26 January, the route will be operated with daily return services.

Already this year the airline has inaugurated two international services connecting Can Tho with Taipei and Seoul – the capital cities of Taiwan and South Korea; as well as a route connecting Da Lat in Vientam’s Central Highlands with Seoul.

The airline has also recently announced five new routes between Vietnam and Japan set to commence in 2020. The routes will connect Nagoya, Fukuoka and Kagoshima to Vietnam’s three largest international hubs.