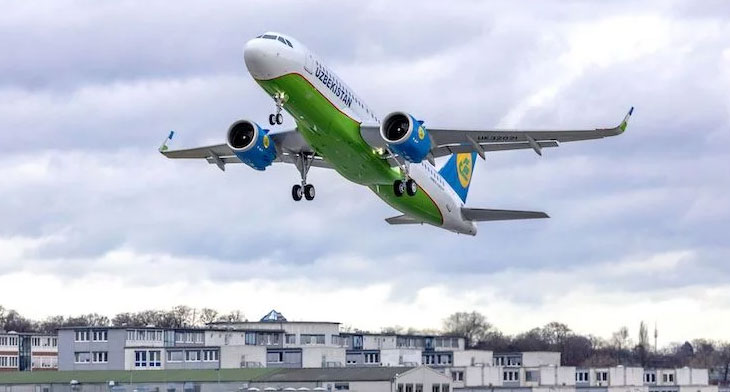 Uzbekistan Airways gets its first A321neo

Uzbekistan Airways has taken delivery of its first A321neo, which has now firmly established the A320 family in central Asia.

The aircraft has been acquired a leasing contract with BOC is part of an order for two aircraft, featuring a two-class cabin with 12 premium and 138 economy seats. The aircraft is powered by CFM Leap 1A engines.

Uzbekistan Airways became the first airline in 1996 in a CIS country to operate a western built aircraft. The A321neo, renowned for its unbeatable fuel efficiency, will join the airline’s fleet of ten A320ceo operated since 2010.