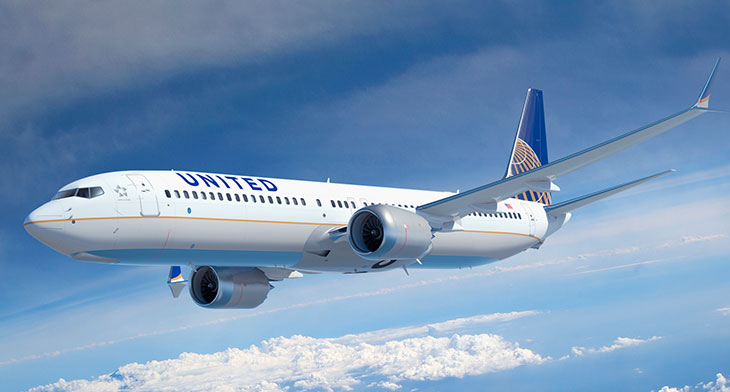 Up to 110 daily flights utilising the Boeing 737 MAX had been planned by United Airlines by the end of 2019. This is double the number it conducted with the type prior to the March grounding.

The airline which operated 14 737 MAX 9s at the time of the worldwide grounding has now warned of the growing impact on its fleet. Currently it has coped by swapping aircraft and postponing non-urgent maintenance on other types to cover its 50 daily MAX flights.

However, the grounding is expected to continue into the summer and as a precaution United has removed the 737 MAX 9 from its schedules through the whole of July and advised passengers that this may have an impact on their future flights.

“With 14 aircraft that was something that we could manage for a month or two, given some of the flexibility we have in our maintenance plans,” said Greg Hart, CEO of United Airlines, during a quarterly earnings call on 17 April. “But beyond that, it gets really tough to manage.”

American Airlines and Southwest Airlines, the two largest 737 AMX operators in the US, have cancelled flights since the suspension. American has cancelled roughly 90 flights a day and Southwest up to 160 flights a day. Both anticipate that with the grounding likely to continue through until August further disruption is likely.