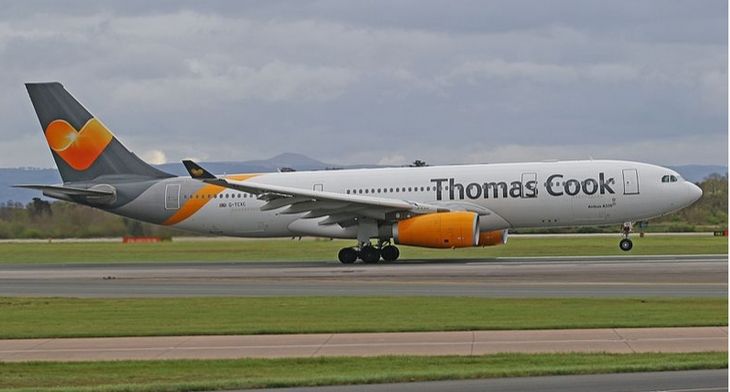 The airline announced early on 23 September that it had entered compulsory liquidation and has ceased trading with immediate effect, cancelling all future flights and holidays after attempts to secure a rescue deal failed. The government confirmed there are more than 150,000 holidaymakers abroad with Thomas Cook who are booked to return to the UK at some point over the next two weeks.

“We have worked exhaustively in the past few days to resolve the outstanding issues on an agreement to secure Thomas Cook’s future for its employees, customers and suppliers,” commented Peter Fankhauser, chief executive of Thomas Cook adding that requests for an additional facility presented too much of a challenge. “I would like to apologise to our millions of customers, and thousands of employees, suppliers and partners who have supported us for many years.”

He also commended Thomas Cook employees who, “despite huge uncertainty over recent weeks” continued to put customers first, concluding: “This marks a deeply sad day for the company which pioneered package holidays and made travel possible for millions of people around the world.”

Transport Secretary Grant Shapps announced that the Government and UK CAA have hired charter planes to fly customers currently abroad with Thomas Cook home free of charge under an operation codenamed Operation Matterhorn. The flights start operating from today and aim to fly people home as close as possible to their booked return date. The CAA is also contacting hotels accommodating Thomas Cook customers, to tell them the cost of accommodate will also be covered by the Government, through the Air Travel Trust Fund/ATOL cover.

The government announced all Thomas Cook customers will be brought back to the UK on special free flights or booked onto another scheduled airline at no extra cost. For flights back to the UK it won’t matter whether customers are ATOL protected. Typically passengers without ATOL protection would be asked to find and pay for their own return, however, the Government confirmed that given “the extent of the disruption”, it is stepping in to assist impacted passengers. However customers who haven’t left the UK were advised not go to the airport.

“Thomas Cook’s collapse is very sad news for staff and holidaymakers. The Government and UK CAA is working round the clock to help people. Our contingency planning has helped acquire planes from across the world – some from as far away as Malaysia – and we have put hundreds of people in call centres and at airports,” commented The Transport Secretary, Grant Shapps. “But the task is enormous, the biggest peacetime repatriation in UK history. So there are bound to be problems and delays. Please try to be understanding with the staff who are trying to assist in what is likely to be a very difficult time for them as well.”