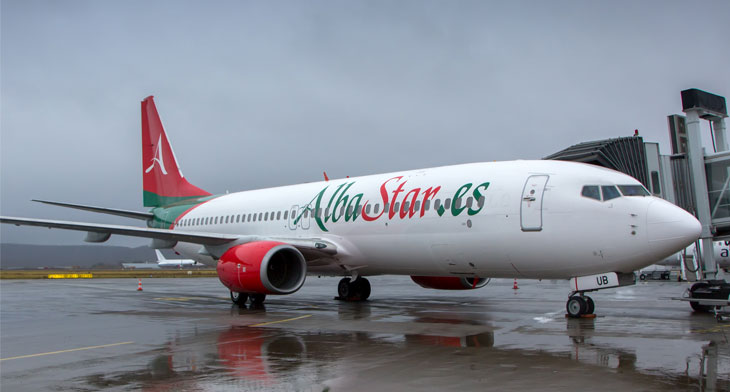 The carrier was founded in 2010 by Italian and British entrepreneurs from the tourism and transport sectors to provide on-demand flight services in collaboration with major Spanish, Italian and other European tour operators. Based in Palma de Mallorca, it operates mainly charter flights from its principal bases of Palma de Mallorca, Milan Malpensa and Milan Bergamo as well as seasonal services from Lourdes.

The fleet to be supported by OASES will initially include four Boeing 737-800 aircraft. Albastar also has two B737-400s, and flies over 600,000 passengers each year to over 140 destinations.

Commsoft says Albastar has opted for the Core, Airworthiness, Materials, Planning and Production modules with an option to add the Line Maintenance Control module at a later date. All will be accessed through the company’s private cloud service.

Nick Godwin, Commsoft’s managing director, said: “This is the ninth new OASES contract we’ve signed in 2018, our second in Spain, and we already have a dedicated team working on-site in close co-operation with Albastar’s management and technical specialists to ensure an early and successful implementation.”

The airline’s managing director, Michael Harrington, was “very pleased to announce the deal today which continues Albastar on the road to completing their fleet renewal programme and several key investments in IT and Control Systems.”

Jaime Bestard, its chief operating officer, added: “We’ve been pleased to learn that working with Commsoft not only can we get a very sound solution with OASES, but we can be supported with business solutions that are going beyond the scope of an IT system supplier.”