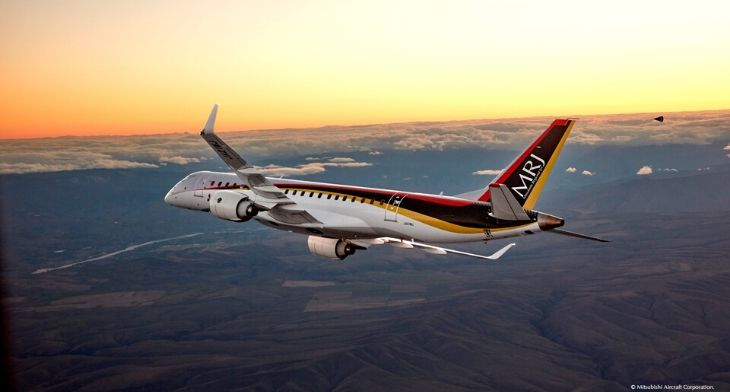 Mitsubishi Aircraft Corporation has now confirmed that an order for up to 100 of its SpaceJet M90s has now been cancelled. The company explained that the decision is related to the aircraft’s “unsuitability for the US market.”

Trans States Holdings, owner of Compass Airlines, GoJet Airlines, and Trans States Airlines, previously held a firm order for 50 SpaceJet M90s with an option for 50 more. But, after “close discussions”, the order was cancelled as the aircraft does not meet the United States market requirements, Mitsubishi confirmed in a press statement on 31 October.

Scope compliance one of the main selling points Mitsubishi is using to promote its regional jets in the US. But the SpaceJet M90 falls short of the requirement, the manufacturer already has a special, scope compliant offer – the SpaceJet M100. It is this larger model that the Japanese company is now focusing on.

“Trans States Holdings has been a long-time proponent of our aircraft programme and we look forward to continuing discussions regarding a potential order for the SpaceJet M100 product,” Mitsubishi Aircraft Corporation President Hisakazu Mizutani stated in media release regarding the lost SpaceJet M90 order.

“When we established our contract with TSH, the outlook on the regional market was very different,” Mizutani is also cited as saying. “Scope clause has not relaxed as anticipated. We have shifted our strategy to be responsive to the realities in the US, in partnership with our airline customers. We are confident that SpaceJet M100 presents us with a market-leading aircraft for North America.”