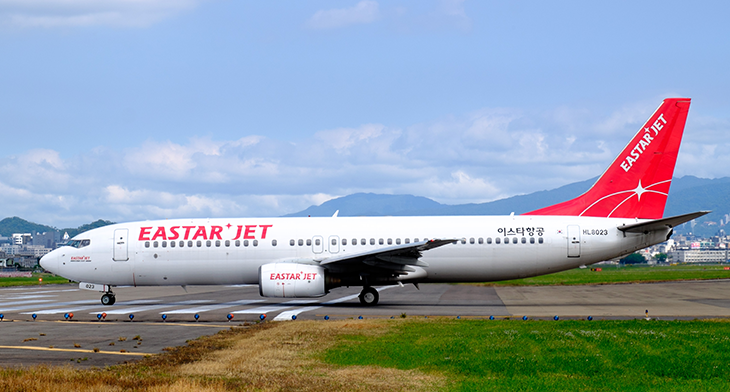 The increasing tensions between Japan and South Korea which has resulted in a trade and economic row has started to impact the civil aviation sector, as boycotts by South Korean customers begin to take effect. Five South Korean carriers will reduce their capacity on certain routes between the two countries over the next few weeks, among these are  LCCs T’way Air, Air Seoul and Eastar Jet.

According to South Korea Ministry of Land, Infrastructure, and Transport (MLIT) official Lee Hong-Tae, the airlines have informed the ministry of the decision to reduce their capacity.

T’way Air suspended its daily Muan-Oita service on July 23 and is planing to suspend three other routes between August and October while it evaluates demand on all routes to Japan.

Eastar Jet will suspend its daily Busan-Sapporo service on September 1.

Air Seoul operates 17 international routes, 11 of which connect Japan and are now under review. More than 50 percent of its revenue is from routes to Japan.

Three other LCCs that operate to Japan, Jin Air, Busan Air and Jeju Air have stated they will monitor the market before making any announcement regarding reducing capacity.

In June, Japan imposed restrictions on the exports of high-tech chip-making components to South Korea in apparent retaliation for a latter’s court ruling of forced labour during Japanese rule from 1910 to 1945.

The move by Japan prompted a response by South Korean companies across several industries one of which was commercial aviation to boycott Japan as a holiday destination until further notice.