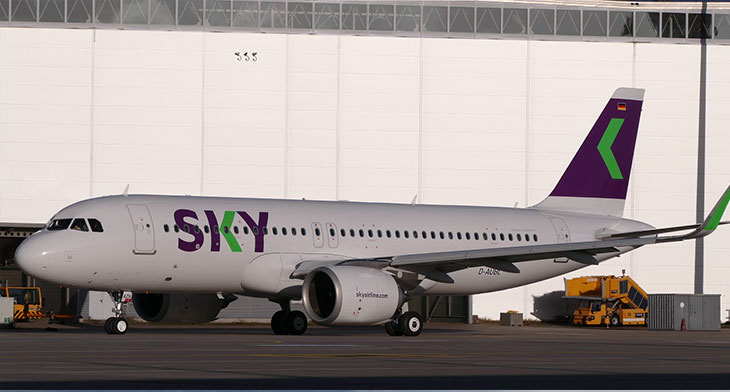 The aircraft is equipped with two CFM Leap engines and was delivered on 13 February at the Airbus facility in Hamburg, Germany.

The delivery marks the fifth and last aircraft to deliver to Sky as part of a five aircraft deal with SMBC Aviation Capital.

Brian Harvey, chief marketing officer of SMBC Aviation Capital, told LARA the company first did business with the airline in 2013 with the delivery of three A319s. “We are very pleased now to work closely with them to meet their new fleet requirements as we conclude the placement of five A320neo aircraft with the airline. The first of these aircraft represented our first neo placement in the Americas. Sky’s decision to select this aircraft type fits well with their low cost strategy, bringing them innovations and fuel efficiency to expand into new markets.”

The fourth aircraft was delivered on 5 February at the Airbus facility in Toulouse, France, while the first three aircraft were delivered in Q4 2018.

Commenting on the wider market in South America, Harvey said: “South America, alongside Asia and Europe, continue to be the growth engines of our business. In South America, we are working with a number of new and existing airline customers to support their growth as LCCs continue to have a proven and sound business model in this area.

“South America also offers good opportunities for growth given the number of new start-ups which will result in increasing passenger numbers and the continuing appetite for point to point air travel across the countries in the region.”