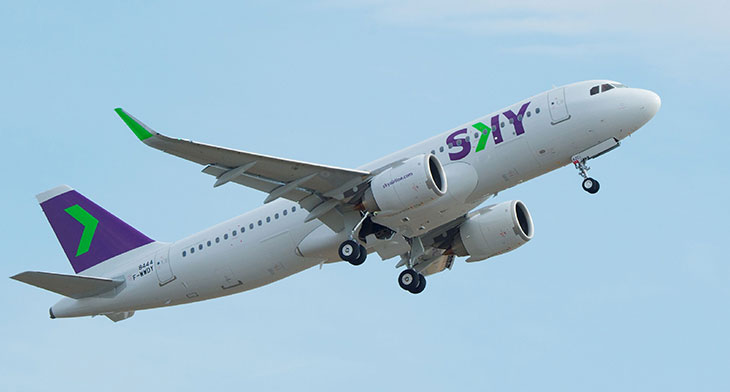 SKY Airline has been granted a permit to operate to 17 regions of Peru, with 34 commercial routes.

The Ministry of Transportation and Communications (MTC) granted a commercial aviation operation permit, valid for four years, which will allow the regular air transport of passengers, cargo and mail to 17 regions in Peru.

The MTC said in a statement that the airline: “Must have the corresponding operator’s certificate and technical operating specifications in accordance with the provisions of the General Directorate of Civil Aeronautics of the MTC.”

The South American low-cost carrier, SKY Airline, based in Chile, announced plans to start operations in Peru in August.

On its LinkedIn page the airline stated: “Today our CEO, Holger Paulmann, announced the decision to start domestic operations in Peru. ‘We are going to generate a rate reduction as we did in Chile. The Peruvian market will be able to have double-digit growth rates for some years forward.’”

The Peruvian subsidiary, expected to be launched in 2019, will be led by Jose Raul Vargas Feldmuth and the airline has already gained its first cabin crew members. The airline is thought to begin operations with A320neo aircraft.

Since it was founded in 2002, SKY Airline has grown in Chile and South America, and adopted the low-fare model in 2015.

In October SKY Airline began a renewal of its fleet, receiving its first A320neo, the first of 21 to be leased by the airline from ALC. According to the DGAC the airline expects to complete its fleet renewal by the end of 2021.