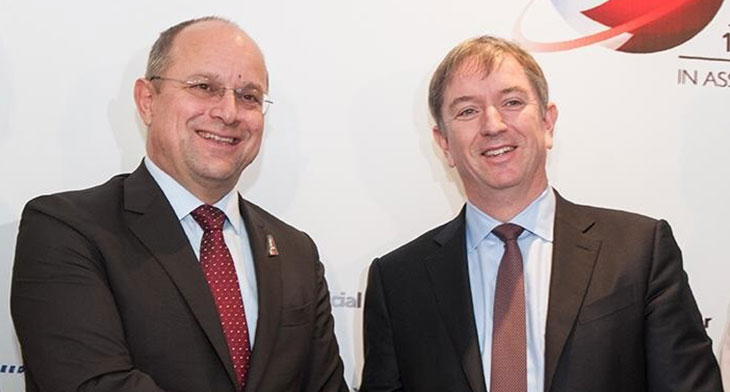 Gulf Air, the national carrier of the Kingdom of Bahrain, has sealed a sale and leaseback deal with SMBC Aviation Capital for six Airbus A320neo aircraft.

The award – the lessor’s first deal with Gulf Air – follows a competitive tender process. Delivery of the carrier’s aircraft began in August.

The airline has orders for 39 new Boeing and Airbus aircraft in place, with deliveries beginning earlier this year. By the end of 2018 it will have five B787-9 Dreamliners and one A320neo.

Gulf Air’s chief executive officer, Krešimir Kucko, said, “We are delighted to begin a new relationship with SMBC Aviation Capital and successfully mark the financing of our six new A320neos as we diversify our financing relationship to support aircraft acquisition. These aircraft will allow us to greatly enhance our fleet, enabling us to deliver operational efficiency and an upgraded customer experience.

“The upcoming deliveries of our six new Airbus A320neo will support the airline’s network expansion plans while affording us flexibility in our fleet planning – allowing us to transport Gulf Air passengers more seamlessly across the Gulf Air network.”

Peter Barrett, SMBC’s CEO, added the company was pleased to partner with Gulf Air “to assist with the airline’s ambitious fleet expansion plans. The A320neo incorporates the latest in aviation technology to provide our airline customers with a more modern, fuel efficient aircraft. As a new customer and our first entry into the Kingdom of Bahrain, we look forward to working alongside Gulf Air for the coming years.”