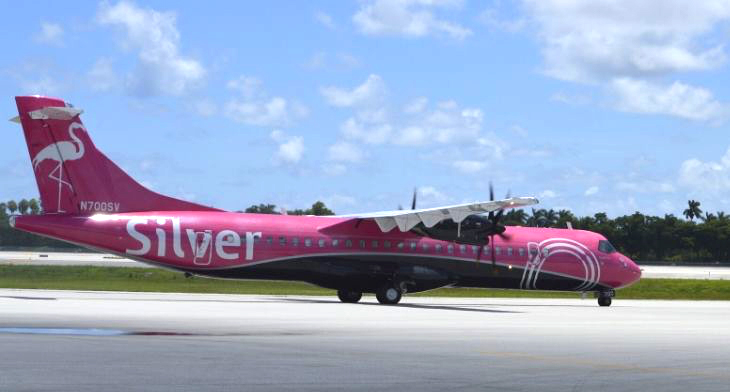 Silver Airways has received US Federal Aviation Administration (FAA) and Department of Transport (DOT) certification to begin operations with its new 70-seat ATR 72-600 aircraft, becoming the first airline to operate the aircraft in the US.

Silver plans to initially use the ATR 72-600 on services to and from destinations in Florida and the Bahamas, and expects to introduce the new aircraft in its Caribbean markets in 2020.

Over the past year the airline has undergone an operational, fleet and customer service transformation, and Silver Airways CEO, Steve Rossum commented: “This is an exciting time for Silver Airways and regional airline flying as we continue our fleet transformation and focus on providing the highest level of safe, reliable and customer-focused service.”

Rossum said that beginning operations with the new aircraft “is another great milestone” for the airline, adding: “The ATR 42-600 has been well received and highly praised by our customers and team members this year, and we’re looking forward to even further expanding our world-class service with extended reach in the Southeast U.S. and Caribbean with the new larger ATR 72-600.”

Silver Airways launched its 46-seat ATR 42-600 earlier this year – becoming the first US carrier to operate the newly redesigned ATR-600 series aircraft. It had previously been nearly 25-years since a new ATR had flown in the US.

The new ATR-600 series aircraft are set to enable Silver to expand its service in the Southeastern United States, the Bahamas and the Caribbean.

“We are proud to be part of Silver Airways’ ambitions and expansion plans,” said ATR chief executive officer Stefano Bortoli. “After the start with the 42-600, we will now see the 72-600 operating in the US, introducing the most modern standards of regional aviation at the most competitive cost.”