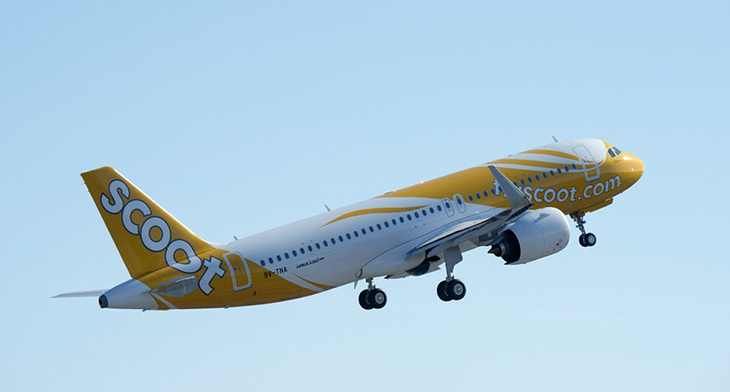 Budget Singapore airline Scoot has announced that it will switch its six Airbus 320neo order to the larger A321neo variant and lease another ten A321neos to help meet the increase in capacity demand.

“The A321neos will inject growth possibilities to our network plans for 2020 and beyond,” Scoot CEO Lee Lik Hsin said in a statement.

The single-aisle aircraft will be fitted with 236 seats, an increase of 50 compared to the A320neo.

Deliveries are due to begin in the last quarter of next year. The aircraft will operate on routes with a duration of no more than six hours from Scoot’s main Singapore hub.

“We are pleased that Scoot is adding the A321neo to its fleet,” an Airbus spokesman said in a statement.

The carrier has 37 A320neos jets on order. Scoot had originally intended to acquire 14 Boeing 737-800s from Singapore Airlines regional arm SilkAir, but later shelved these plans when that airline had to retain the -800s in service to replace their MAX aircraft, which were grounded.