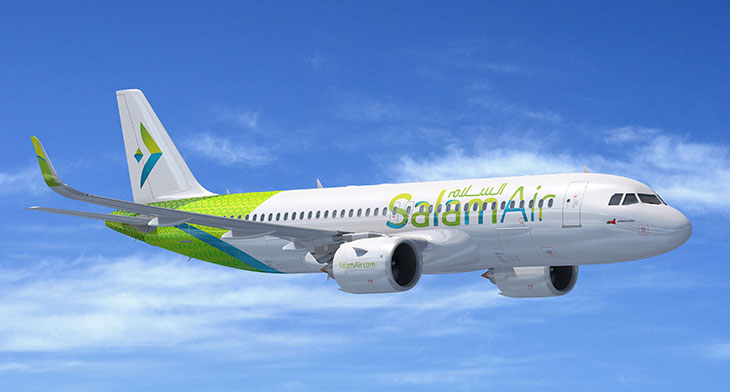 The carrier said it was looking at the possibility of acquiring Airbus A321s or A220s. SalamAir’s current fleet includes three A320s and a single A320neo.

“We’re evaluating all the options,” CEO Mohamed Ahmed told the Abu Dhabi press. “There’s an advantage to sticking to one aircraft type that fits all, but if business plans prove that having smaller capacity or longer range would bring additional revenue, then of course we’d look at it.”

He said that the smaller A220 would be suitable for domestic routes in Oman, while the larger A321 would provide longer range or increased capacity on routes at peak periods.

SalamAir was scheduled to add five more A320neos to its fleet this year, so completing a six-aircraft order, but deliveries are currently being delayed by Airbus.