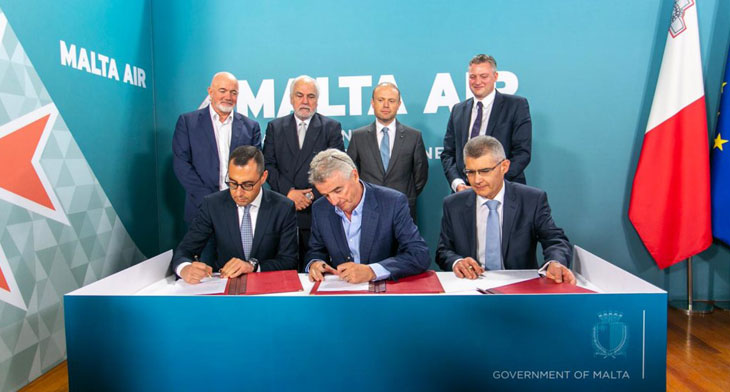 Ryanair Holdings has announced that it has purchased Malta Air. The airline will initially have six aircraft within its fleet and operate 61 routes which Ryanair currently flies from Malta. In the future the fleet will be increased to 10 aircraft, all of which will be based in Malta and wear Malta Air colours. This will be in place by mid-2020.

Ryanair released a statement on 11 June: “Ryanair appreciates the expertise of the Maltese Civil Aviation Directorate (CAD) in licensing Malta Air to operate the Boeing 737 and we look forward to working closely with the Maltese authorities over the coming years as we hope to add over 50 more aircraft to the Maltese register,” said Ryanair CEO Michael O’Leary.

Malta’s Minister of Tourism, Konrad Mizzi, said: “The setting up of Malta Air will go a long way towards the better sustainability of the tourism industry as well as maintaining its growth momentum.”