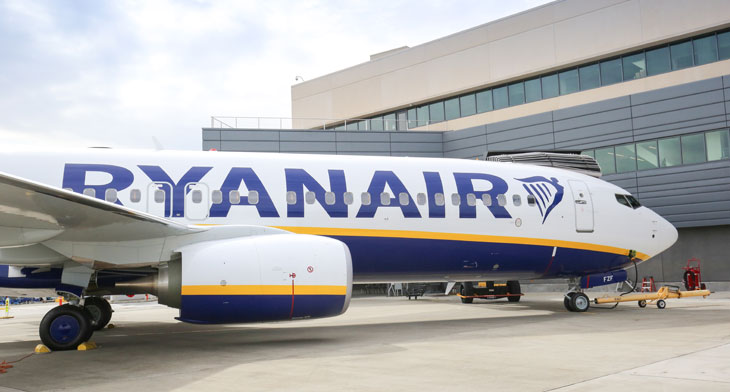 The low-fare carrier cited lower winter fares, which are expected to fall 7% (previous guidance of -2%).

“While we are disappointed at this slightly lower full year guidance,” CEO Michael O’Leary commented, “the fact that it is the direct result of lower than expected H2 air fares, offset by stronger than expected traffic growth, a better than expected performance on unit cost and ancillary sales is positive for the medium term.”

The airline expects to see stronger traffic growth up 9% to 142 million (compared to the previous guidance of 141 million).

O’Leary pointed to over capacity in the European short-haul market, adding that Ryanair is continuing to pursue its strategy for customers who are enjoying “record lower air fares.”

O’Leary continued: “We believe this lower fare environment will continue to shake out more loss making competitors, with WOW, Flybe, and reportedly Germania for example, all currently for sale.”

The guidance excludes (exceptional) start-up losses in Lauda, which have been cut from €150 million to €140 million on the back of better than expected unit cost performance during the winter period.

The company says both Ryanair and Lauda will report stronger than expected traffic growth, an improving ancillary revenue performance, and strong unit cost discipline this winter, which is expected to help balance the impact of the lower than expected winter fares.

The CEO suggested that passing benefits of lower air fares to customers is good for the airline’s traffic growth and business over the medium and long-term. He added that it is also good for market share, pointing to Norwegian’s plans to close bases in Rome, Gran Canaria, Tenerife and Palma, where the airlines compete.

The company will update shareholders on these developments following the release of Q3 results on 4 February.