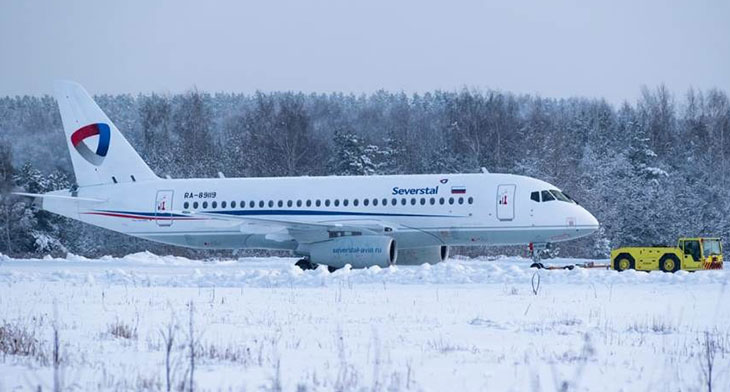 Superjet 100 manufacturer Rostec might be reconsidering the questionable reputation of the airliner which has been plagued with maintenance problems. The airliner made headlines earlier in 2019 after a crash in Moscow. Rostec is considering changing the name of the SSJ100.

If this goes ahead it will be second renaming of the jetliner within a year. In November 2018, UAC transferred the shares of its subsidiary Sukhoi Civil Aircraft to another subsidiary, Irkut Corporation. The move was accompanied by a minor name change of the aircraft, from Sukhoi Superjet 100 to Superjet 100.

Superjet 100, was the first passenger aircraft built in Russia after the collapse of Soviet Union. In February 2019, CityJet, the last European operator of Sukhoi Superjet 100 in its fleet, returned the aircraft to the manufacturer, reportedly due to a lack of spare parts, which caused significant periods of the aircraft being grounded. The manufacturer denied that the decision was related to maintenance problems.

In August 2019, news emerged that Interjet, the only remaining non-Russian operator of Superjet 100, was also seeking to dispose of its Super Jet 100 fleet.

In May, an Aeroflot Superjet 100 crash landed at Sheremetyevo International Airport (SVO), Moscow. Forty-one people were killed and 11 injured. Preliminary reports by Russian authorities suggests pilot error was the cause of the accident.

A day after the accident, Yamal Airlines announced cancelling its previously planned purchase of ten SSJ100s, denying that the decision was related to safety concerns and are quoting high maintenance costs instead.

Chemezov stated that Aeroflot is planning to purchase 22 SSJ100s. The aircraft are part of a pre-order signed in 2018, which involved options for a 100 Superjets. Aeroflot will be the largest Superjet 100 operator. It has 49 aircraft within its fleet. This is just under half of the current operational fleet, which stands at 123 worldwide.