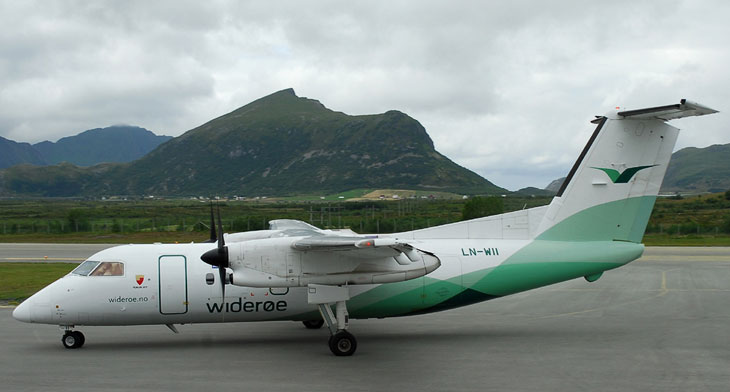 Rolls-Royce and Widerøe have announced that they are conducting a joint research programme that seeks to develop and electrical aircraft concept.

The research programme is viewed as an effort to replace Widerøe’s legacy fleet of regional aircraft as the airline intends to swap its 30-year-old Dash 8 fleet with zero-emission aircraft by 2030.

Currently the airline has 42 De Havilland Canada DHC-8 Dash 8 aircraft, the average age of which is more than 21 years. However, the airline did start receiving new Embraer 190-E2s in 2018 and currently has four in service.

Early in 2019, Widerøe CEO Stein Nilsen revealed the airline was in talks with five companies on zero emissions aircraft but had not yet been decided on which fuel to opt with: “Whether the aircraft runs on electricity, hydrogen or are hybrid-based is too early to say. Green technology on short runways is possible, and within 2025,” Nilsen has publicly stated.

Rolls-Royce, which already is researching emission-free aviation at its facility in Norway, will “help advise on all elements of the project”.

“This project will further build on our global electrical capability, which was recently boosted by the acquisition of Siemens eAircraft business  and complements the electrical work we are principally doing in the UK and Germany, whilst building on the knowledge gained through the ATI supported E-Fan X programme,” Alan Newby, Director, Aerospace Technology and Future Programs at Rolls-Royce has stated in a media release.

Norwegian Government is heavily focused on its plans for green aviation. Norway has introduced regulatory changes under which 0.5% of aviation fuel sold in the country will have to be advanced biofuels starting from starting 1 January 2020. Hopes are that by 2030, biofuel to make up no less than 30% of all aviation fuels sold.

But, since biofuel can cost up to three times more than traditional jet fuel, and the exceptions in the country’s regulation cover military, but not commercial aircraft, airlines in the region have a real reason to start looking at cost-saving solutions such as green alternatives.

Increasing the usage off biofuel falls into a wider framework of initiatives to reduce greenhouse gas emissions from Norway’s entire transport sector by 2030. The country intends to have all its short-haul flight fully electric by 2040.